Savvy Coup on target for Group One double 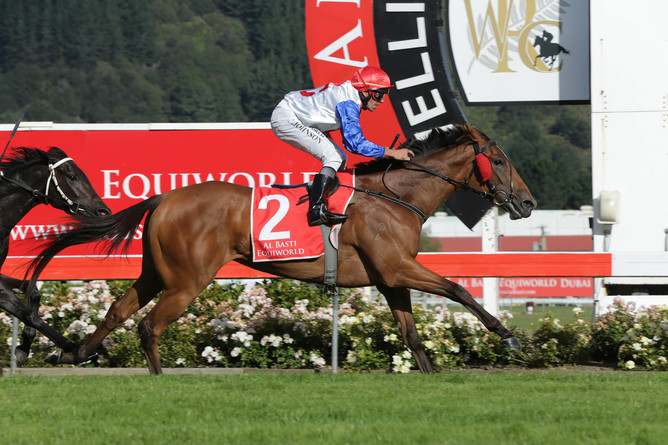 The daughter of Savabeel bagged the first leg of a prized double on Saturday with a sublime performance to claim victory in the Group 1 Al Basti Equiworld Dubai New Zealand Oaks (2400m) at Trentham and will step out next in the Randwick feature on April 14.

“The way she won today we have to go, she’s a very fit horse and the last two winners have done the same thing so we’ll take that path as well,” said Matthew Pitman, who trains Savvy Coup with his father Michael.

Savvy Coup’s win completed a red letter day at Trentham for the stable, who had earlier enjoyed success in the Group 3 Wentwood Grange Cuddle Stakes (1600m) with Montoya Star.

“This is massive for us and all our team work incredibly hard,” Pitman said. “We’ve had an incredible year.”

“I’ve been lucky enough to ride the two best fillies and I got on the right one,” the 53-year-old said. “She’s tough and very talented. Group Ones are hard to win, especially at my age.”

Savvy Coup settled midfield on the outer before Johnson made his move 800m from home.

“I couldn’t really hang on to her much longer, I would have preferred to wait but the pace steadied and I didn’t want to get too far off them when they quickened,” Johnson said.

Savvy Coup drew alongside Contessa Vanessa 400m out before easing clear to win by a length and a-quarter with Milseain a similar distance back in third.

She is out of the unraced Pins mare Eudora, a sister to the Group 2 winners Legless Veuve and Tootsie.