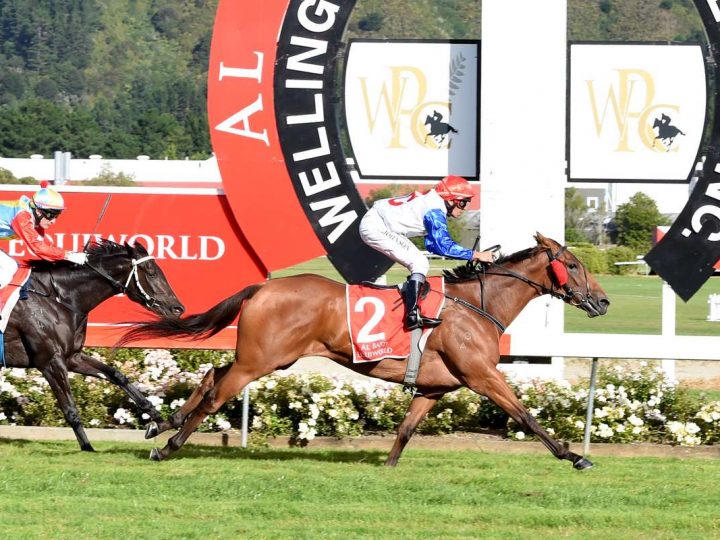 Savvy Coup is on track to continue along the Group One path at Hastings on September 1.

Trainers Michael and Matthew Pitman will run the stable star fresh-up in the Gr.1 Tarzino Trophy (1400m) without the benefit of a trial.

“I’m hoping to be able to give her a serious gallop on the course proper at Riccarton before going to Hastings,” Michael Pitman said.

“She had a good break after the Oaks in Sydney and she’s come back looking good. Physically, she has improved since last campaign. She’s a lot stronger.”

Savvy Coup is a finalist in the Champion Three-Year-Old category of the New Zealand Thoroughbred Racing Awards on the strength of consistently good performances at top level throughout last season.

She recorded five wins and four placings from 12 starts including victory in the Gr.1 New Zealand Oaks (2400m) and two other legs of the New Zealand Bloodstock Filly of the Year series, the Gr.3 Eulogy Stakes (1550m) and the Gr.3 Lowland Stakes (2100m). The daughter of Savabeel picked up significant placings with thirds in the Gr.1 Levin Classic (1600m) and the Listed Karaka Million 3YO Classic (1600m).

“She was a good chance to win the Filly of the Year series, but we decided to stick with the plan and run her in the Karaka Million 3YO Classic,” Pitman said. “After all, it was worth $1 million and she was unlucky to not finish closer than third (promoted from fourth).”

Savvy Coup has been nominated for this year’s Gr.1 A$5 million Cox Plate (2040m) at Moonee Valley on October 27.

“I know it’s a bit of a pipe dream, but it doesn’t hurt to nominate and see how things go,” Pitman said. “We know she can handle the trip and the travelling won’t bother her.

“She is the only one we took to Sydney and it didn’t faze her at all without a mate. In fact, nothing fazes her.

“Possibly the Matriarch Stakes over 2000m later at the Melbourne carnival could suit her best. My brother John won it as an owner several years ago (2005 with Sutology) and it’s become a strong race.”

But before stepping foot on a plane again, Savvy Coup will make an appearance in all three Group One weight-for-age races at the Hawke’s Bay Spring Carnival.

“She’ll come home after the Tarzino Trophy then go back for the Windsor Park Plate (1600m) and on to the Livamol Classic (2040m),” Pitman said. “She’s early favourite with the bookies for the Livamol and if she happened to win it we’d have to look seriously at running her in the Cox Plate.”

The Pitman stable also has Son Of Maher on target to run fresh-up in the Tarzino Trophy and, like Savvy Coup, he will be going in without a trial.

Son Of Maher took his winning tally to six last season when deadheating for first with Shadows Cast in the Gr.2 Coupland’s Bakeries Mile (1600m) at Riccarton.

“He had a good spell since his last run in May and his coat is unbelievable,” Pitman said. “We gelded him late, as a four-year-old, and he’s really just hitting his straps now. This could be a big season for him.”

The Al Maher six-year-old will contest both the Tarzino Trophy and Windsor Park Plate then attempt to win the Coupland’s Bakeries Mile again. – NZ Racing Desk