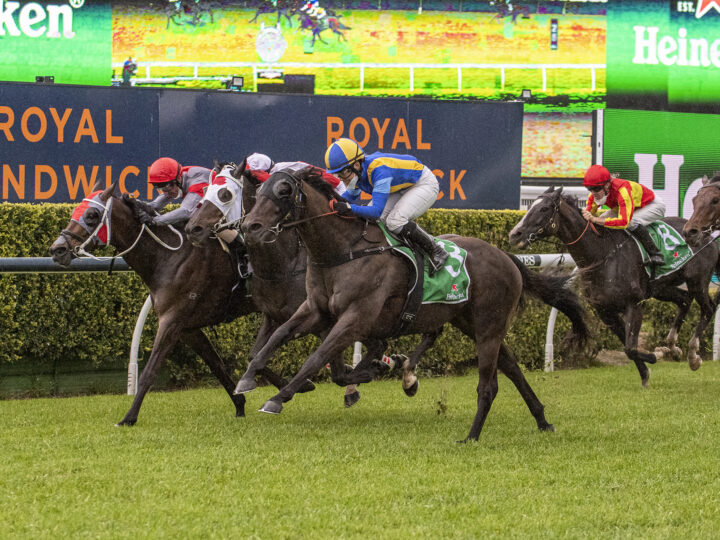 Savvy Valentino produced a boil-over performance on the Kensington track at Randwick this afternoon, but it wasn’t such a shock to trainer Bjorn Baker.

Co-bred with Howard and Pam Forbes and sold by Waikato Stud, the 5-year-old had been unplaced in his previous appearance over 1900 metres at Gosford and showed his appreciation of the step up to his favourite trip. He has also been successful twice on the course.

“He is a real 2400 metre horse, he’s won three times over the distance now. Put him over this trip and he’s at his best,” trainer Bjorn Baker said.

Savvy Valentino settled well off the pace and came with a sustained finishing run from last at the 600 metre mark to score at odds of nearly 40 to 1 in the hands of Rachel King.

“He’s been a great horse for us and he also put together three wins in a row last preparation.”

Savvy Valentino was offered at Karaka by Waikato Stud and Baker had the final say at $160,000 for the first foal of the dual Group 3-winning O’Reilly mare High Fashion.