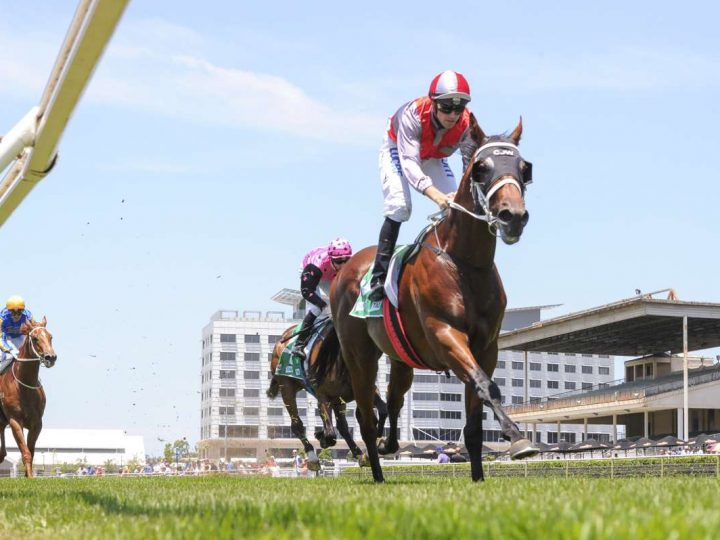 Scream Park
Scream Park took a step closer to a return to New Zealand for an inaugural $1 million race by winning at Warwick Farm.
While January’s lucrative Magic Millions meeting on the Gold Coast is a priority for trainers, Chris Waller and connections are hoping to take Scream Park home next month for the Karaka Million 3YO Classic (1600m) at Ellerslie.
Open to graduates of the Karaka Bloodstock sales, Scream Park rode into contention with an impressive second-up win in the Casino Prince @ Vinery Handicap (1400m).
Scream Park, the $2.45 favourite, crossed 1-3/4 lengths clear of Stick Up ($6) while Baleric ($3.70) was 4-1/2 lengths away third.
Waller and New Zealand bloodstock agent Guy Mulcaster sourced the Ocean Park colt for a group of Australian owners, who have previously targeted the Karaka sales.
“When you go to New Zealand you’ve got to buy something with a bit of quality and something our Australian investors respect,” Waller said
“We’ve bought a few Ocean Parks’ so it’s good for us and good for New Zealand’s breeding (industry) if they can start to win a few races.”
Part-owner Jack Lake was delighted to see Scream Park break his maiden at the third attempt.
“It takes a while for these horses to come through. You’ve got to wait until they’re three and Chris doesn’t rush, he gives them plenty time and you get results,” Lake said.
Lake said a trip to Auckland was tentatively on the agenda after Scream Park, a $185,000 purchase from the draft of Lime Country Thoroughbreds, made light work of a heavy track.
“He’s got a bit of a way to go yet but he had to win today to keep that option available,” he said.
“It’s only his second start but he’s a striking-looking animal, and I think once he learns his craft hopefully he’ll keep going and finish up in New Zealand.”