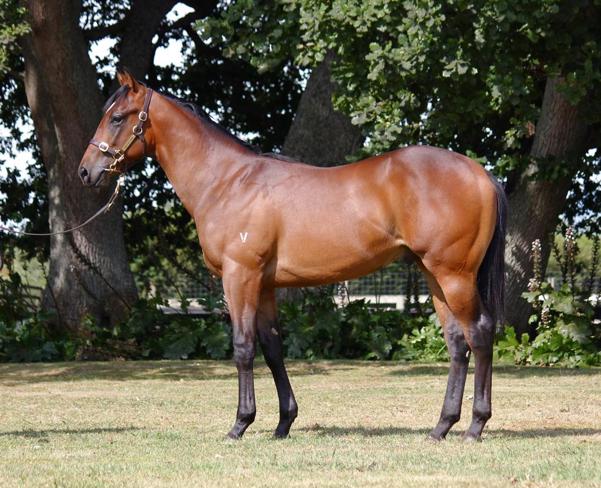 Scribe as a yearling (Image courtesy of NZB)

Smart 3-year-old Scribe penned another winning chapter in his burgeoning career when he successfully defended his unbeaten record this afternoon.

Part-owned by Waikato Stud, the son of Press Statement had been a debut winner at New Plymouth last month and handled a rise in class with aplomb at Te Rapa.

“It was getting pretty tight for a while, but he managed to get out and was dominant. He’s a Karaka Million horse so we’ll progress to the mile and maybe the Wellington Guineas along the way,” trainer Tony Pike said.

Scribe travelled easily in the trail and when a gap presented itself 250 metres from home he drove through for a comfortable victory.

“He’s a nice, big horse and still a bit green. To his credit, he took the gap in the straight and was brave,” rider Leith Innes said.

Scribe was a $160,000 purchase for Pike at New Zealand Bloodstock’s National Yearling Sale and is out of the Zizou mare Convene. She is a half-sister to the G1 Coolmore Stud S. winner and G1 Golden Slipper S. runner-up Headway.

“He was a gorgeous-looking yearling and unfortunately got a bit colty so we had to geld him. He’s a lovely horse to have around the stable, he’s very promising,” Pike said.