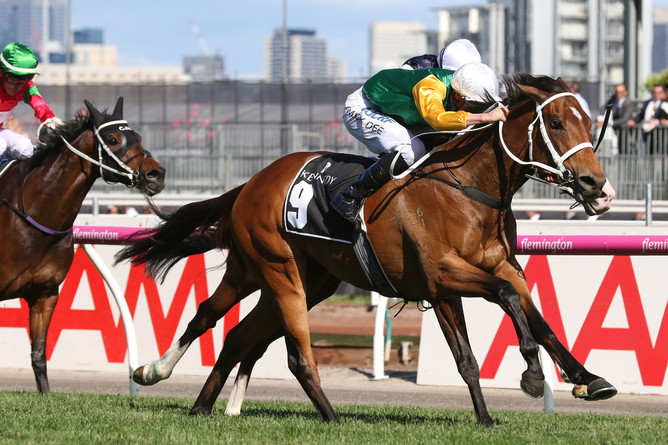 While excitement builds for the return of champion Winx, her stablemate Shillelagh (NZ) (Savabeel) will bid for a second Group One victory in Melbourne in the C F Orr Stakes.

Shillelagh won the Group One Kennedy Mile at Flemington on November 4 and has had two barrier trials to get her ready for Saturday’s C F Orr Stakes (1400m) at Caulfield where she will take on a quality field including last year’s winner Black Heart Bart.

“Shillelagh will run in the Orr with Michael Dee who won on her at Flemington to ride,” Waller said.

“She is a good fresh horse and was unlucky when she raced at Caulfield last spring.”

The mare came from near last in the Group Two Tristarc Stakes (1400m) on October 21 to run third, beaten less than a length, behind Global Glamour and Cool Passion.