Michael Lee
05/01/2016
Singapore Turf Club
Reigning Singapore Horse of the Year War Affair stepped out for his first 2016 barrier trial on Tuesday complete with a new-look team.
Still carrying a bit of condition, the champion galloper enjoyed an easy spin at his first such workout for his new conditioner, Bruce Marsh, incidentally with a new partner aboard as well, Michael Rodd. The O’Reilly five-year-old came charging with his trademark burst at the 400m, looking like he would swamp his rivals on the outside, but Rodd had other ideas as he took a good hold of him to finish fifth, just under two lengths off the winner Well Done.
Previously prepared by trainer Alwin Tan, War Affair has not raced since his second to Quechua in the Group 1 Emirates Singapore Derby (2000m) in July. The 14-time winner and $2.7 million earner was meant to give the Singapore Triple Crown series (he won two legs but was beaten in the Longines Singapore Gold Cup in 2014) another bash last year, but a fetlock suspensory setback derailed those plans, beginning with the cancellation of the much-touted showdown with Spalato in the Group 3 Jumbo Jet Trophy (1400m) in September.
Fans were obviously disappointed with the anticlimactic end to War Affair’s season, but he still managed to make the headlines for one last time. His owners, the Warplan Racing Stable suddenly decided to change air in November, with a team of five horses headed by War Affair moving to Marsh.
Rodd’s presence in the saddle instead of last regular partner Alan Munro on Tuesday could only fuel further speculation of a jockey reshuffle as well. Rodd rode the Warplan-Marsh’s first winner, Classified, on December 13.
However, both Marsh and Rodd subtly avoided that topic after the trial, preferring to focus on the horse’s preparation.
“I couldn’t be happier with that first trial for me. He’s put on a bit of weight and this will definitely bring him along,” said Marsh.
“I will see how he pulls up. I will have to give him another trial in a couple of weeks’ time.
“We’re looking at a Kranji Stakes A race over 1400m on turf on 24th of January for his comeback race, but we’ll have to see how he pulls up first.”
Rodd, who sealed his first 2016 win aboard Huka Falls on Sunday, also gave the thumbs-up after he jumped off.
“He’s a superstar and I was only too happy to ride him at today’s trial after they called me last week,” said the Australian jockey.
“It was just a soft trial, but he’s a racehorse and all he wanted to do was get past the others. I had to fight him to hold him back.
“My job was just to make sure he doesn’t do too much today, and I’m glad I’ve done that. He’s got a big campaign ahead of him and that can only bring him on.
“He’s a big heavy horse and he’s had a few issues, but fingers crossed, there aren’t any problems anymore.”
Back to all news
SHARE
Recent News 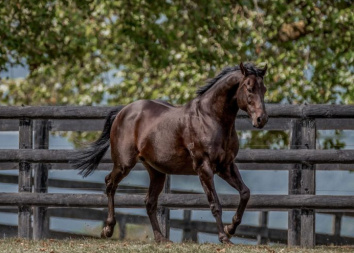 Savabeel 2YO adds to roll of honour

A Waikato Stud family with an abundance of quality two-year-old performers in its immediate ranks produced another promising youngster at Wyong this afternoon. The Gai Waterhouse and Adrian Bott-trained Major Beel opened his winning account … 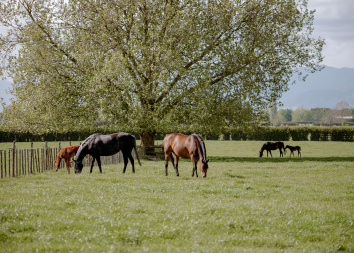 Red Vienna produced a stirring performance to claim the thick end of the stake over 1300 metres on the synthetic track at Cambridge this afternoon. Trained by Tony Pike, the progressive three-year-old looked to have …