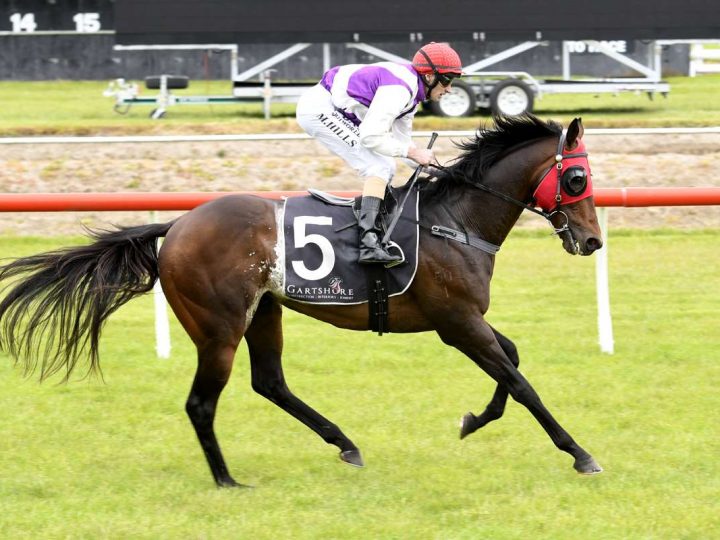 Gary Hennessy has an eye on Singapore with the well-bred entire Ocean Emperor. The Matamata horseman’s plan gained winning momentum at Matamata this afternoon when his son of Zabeel triumphed in the Group 2 Windsor Park Stud Japan-New Zealand International Trophy (1600m) for jockey Shaun McKay.

“I said to Shaun that we might be looking at the Kranji Mile,” Hennessy said. Four international horses will be invited to run in the 1600m event, to be held on May 20.

Hennessy is no stranger to overseas success having prepared the former New Zealand Horse of the Year Ocean Park to Australian Group One wins in the Group 1 Cox Plate (2040m), the Caulfield Stakes (2000m) and the Underwood Stakes (1800m) before his retirement to Waikato Stud. “I train this horse a lot like Ocean Park, he goes on the treadmill and he’s only had the saddle on once during the week,” Hennessy said.

The WS-bred and sold Ocean Emperor raced in behind the leaders and once into the clear he finished tenaciously for the seventh win of his career. “Shaun gets on well with the horse and he rode him positively today,” Hennessy said. “He didn’t have a lot of luck during the summer. The only thing that worried me a bit was the track, but on his day he is a really, really good horse. He’s beaten some good ones.”

Ocean Emperor is now a dual Group Two winner having won the Tauranga Stakes (1600m) in the spring. He is out of the Group Three-winning Pins mare Tootsie and was a $450,000 Karaka purchase.

The Matamata feature was a triumph for WS with graduate Tiptronic finishing runner-up. A $100,000 yearling by O’Reilly, he is a son of the Pins mare Tiptoes who is a sister to the multiple Group One winner Legs.