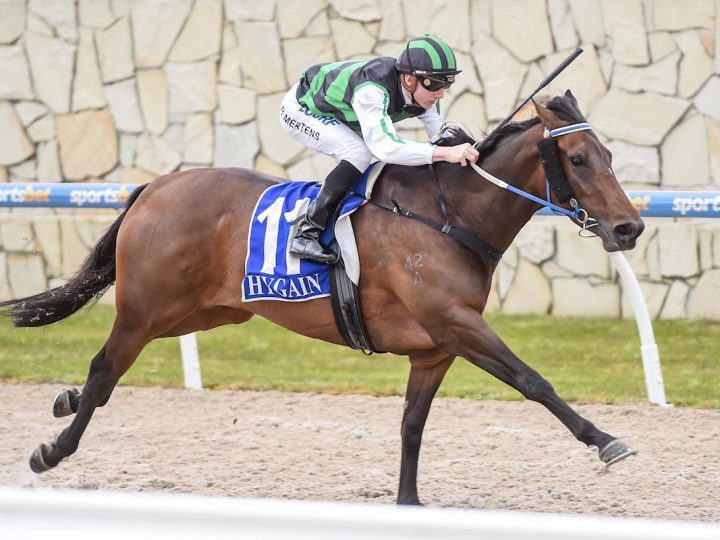 Princess Titanic (NZ) ridden by Beau Mertens wins the Batteryzone Maiden Plate at Racing.com Park Synthetic Racecourse on September 12, 2017 in Pakenham, Australia. (Brett Holburt/Racing Photos)
Promising filly Princess Titanic continued the encouraging start she has made to her career with success at Pakenham yesterday. She had collected two placings from her three previous appearances and broke her maiden in fine style over 1600 metres.
The WS-bred and sold daughter of champion sire Savabeel is shaping as an exciting prospect for trainer Robert Smerdon. The Caulfield trainer has nominated her for the Gr.1 Thousand Guineas on October 14 and the Gr.3 Caulfield Classic a week later.
Princess Titanic was sold by the Matamata farm to Cameron Cooke Bloodstock for $170,000 at the Sydney Easter Sale in 2016. She is out of the Pins mare Pins On Ice, a sister to the Gr.2 Avondale Guineas and Gr.3 Taranaki Classic winner Icepin. It is also the family of WS’s multiple Group One winner Kinjite.