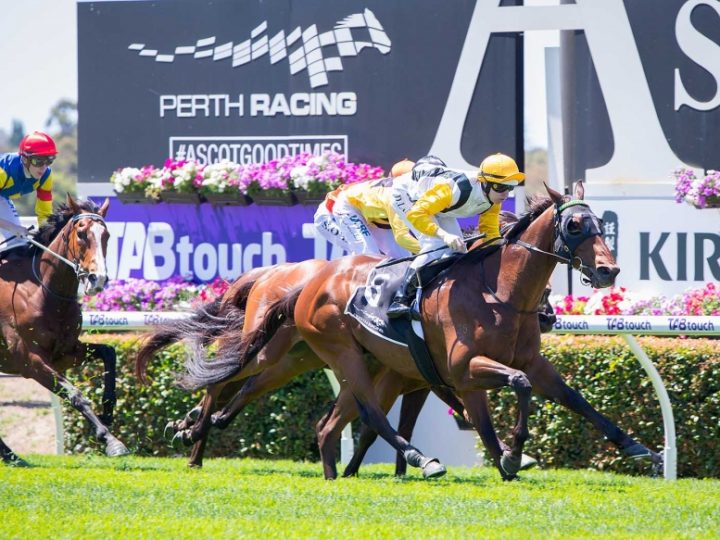 Waikato Stud graduate Pinzu posted his first black-type victory on Saturday with success in the Listed Carbine Club of WA Stakes in Perth.

Jockey Damian Lane settled the son of Pins back in the field and saved him for a final run in the straight.

Pinzu produced a powerful turn of foot in the run home to have the race in safe keeping.

“I was a bit concerned that he didn’t settle a bit earlier and that might take away a bit of his kick, which it probably did, but he was still good enough to hold on.”

His black-type breakthrough followed a second placing in the Listed Old Comrade Stakes in April.

Pinzu’s second dam is a half-sister to the champion stallion O’Reilly while Gr.1 NZ 2000 Guineas winner Madison County is another close relative.

A half-brother by Sacred Falls to Pinzu sold for $275,000 in Karaka Book 1 earlier this year and another Sacred Falls colt will be offered as Lot 625 in the upcoming 2019 Book 1 Sale.