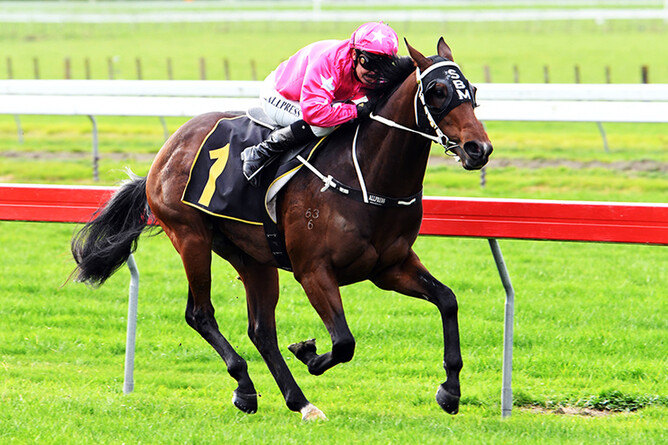 The youngster was also backing up following his success at Te Rapa last weekend, but he again showed his courage and talent.

Sai Fah was caught wide on the pace before having the temerity to coast clear in the straight.

“That’s pretty special, although numbers are just a thing as I’m out there to win every race I go in, a stakes race is always a little bit more special,” Allpress said.

“The plan was to sit outside the leader although I don’t think he (Marsh) meant five wide.

“I was thinking there was going to be an interesting text when I got back in.

“Up the straight, I was thinking I will have both Danielle (Johnson) and Stephen riding this one so it was just very pleasing to get him to the line.

“He just tried so hard and you can see that the track conditions are really, really bad and he was struggling, but he just kept giving.

“I think he is going to be better on top of the ground so it’s a true testament to the horse as he’s very tough.”

Sai Fah was bought out of Waikato Stud’s National Weanling Sale draft to Karaka for $6000 by the Mission Downs Trust and is a son of the Fast ‘n’ Famous mare Rongonui.

The dam is out of a half-sister to the Gr.2 Sandown Guineas winner and Gr.1 Australia Stakes runner-up Scenic Warrior.