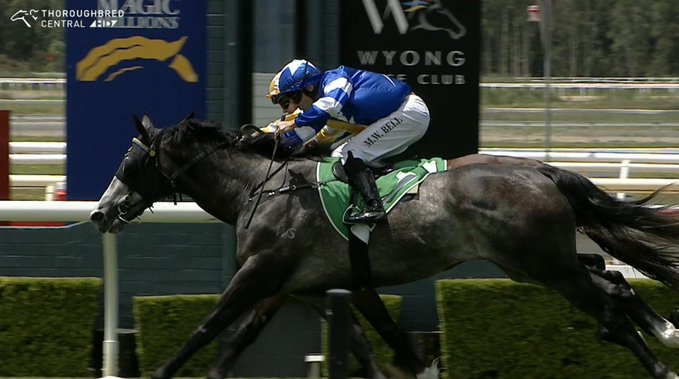 Oceanic Flash continued his rise through the staying grades with a tenacious performance to triumph over 2100 metres at Wyong on Tuesday afternoon.

“He pricked his ears and had a think about it. He’s still a big, immature horse and placed right, he will keep winning races up to 2400 metres,” co-trainer Gerald Ryan said.

Oceanic Flash had been a runaway winner on the roomier Newcastle circuit at his previous start and the change of venue had been Ryan’s main pre-race concern.

“He got the job done and this is not his track, he’s a big-striding horse and Mitchell had to get on his bike early,” he said.

The son of Sacred Falls was sold at Karaka by Waikato Stud for $140,000 and is a half-brother to the G2 Wellington Guineas winner President Lincoln.

Their dam is the Pentire mare Pinot Gris, who is a daughter of the prolific winner Covered N’ Grey, successful on 24 occasions, including victory in the G2 Travis S.