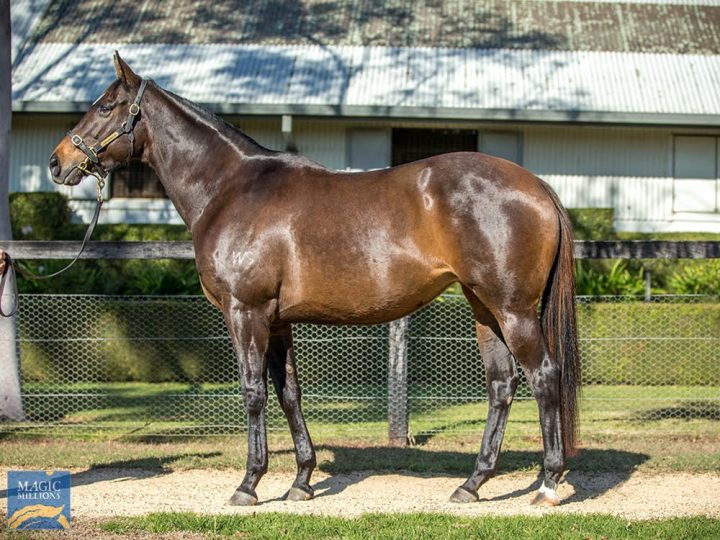 A Waikato Stud graduate was a centre of attention during the second session of the Magic Millions National Broodmare Sale at the Gold Coast.

Mark Two, a daughter of the late Pins, was sold by the Matamata farm at Karaka for $150,000 and was a winner and finished runner-up in the G2 Sir Tristram Fillies’ Classic.

The mare was sold on Tuesday to dissolve a partnership and bought back by vendor Yarraman Park Stud for AU$600,000.
“She’s a nice young mare with good form and a nice pedigree, so if she has a nice Vinnie or two, she’ll be fine. She’s a lovely mare,” Arthur Mitchell said.

“I think she’s perfect and Pins is also shaping up as a very good broodmare sire, so I think it will be fine.
“I think the nicer ones are selling well and the lesser ones probably aren’t, but there aren’t that many top-quality mares here.”

Mark Two is a daughter of the unraced Danasinga mare Zephyr Song and is a sister to the G3 Eulogy S. winner Whistling Dixie (NZ) and a half-sister to the Listed UCI S. winner Atmosphere, who as Victory Magic won the Listed Hong Kong Derby and finished runner-up in the G1 Champions & Chater Cup.