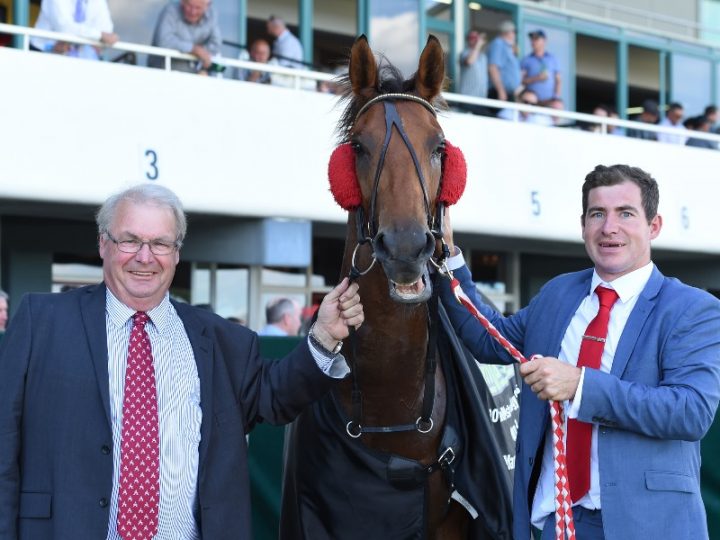 The Waikato Stud-bred and sold Savvy Coup continued the southern sparkle at Hastings on Thursday when she trumped a smart field of fillies in an impressive dress rehearsal for an upcoming classic challenge.

The Michael and Matthew Pitman-trained daughter of Savabeel followed the earlier winning lead of stablemate Montoya Star when she cruised to victory in the Gr.3 Little Avondale Stud Lowland Stakes (2100m).

“Savvy Coup’s a filly that’s always showed a lot of ability and it wasn’t until New Zealand Cup week at Riccarton that the penny dropped with her and everybody knows she won twice there stylishly,” Michael Pitman said. She subsequently headed north to win the Gr.3 Eulogy Stakes (1600m) and finished third in both the Gr.1 Levin Classic (1600m) and the Karaka Million 3YO Classic (1600m) at Ellerslie. “She came through that last race really well and put on a bit of weight, which isn’t a bad thing going toward the Oaks,” Pitman said.

Savvy Coup’s performance at Hawke’s Bay has seen her odds for the Gr.1 Al Basti Equiworld Dubai New Zealand Oaks (2400m) odds cut from $7 to a $3.50 favourite. The three-year-old settled toward the back of the field in the Lowland and when rider Chris Johnson asked her to lengthen stride in the straight she cut loose to win with authority.

“We were always confident she would improve with the step up in trip,” Matthew Pitman said. “She took a while to relax and she did eventually for Chris. There’s a lot of Oaks winners come out of this race so that’s encouraging going forward.”

Savvy Coup is out of the unraced Pins are Eudora, who is a sister to the Gr.2 Thousand Guineas Prelude winner Legless Veuve and the Gr.3 Mannerism Stakes winner Tootsie. The latter is the dam of the Gr.2 Tauranga Stakes winner Ocean Emperor, also a Waikato Stud graduate.