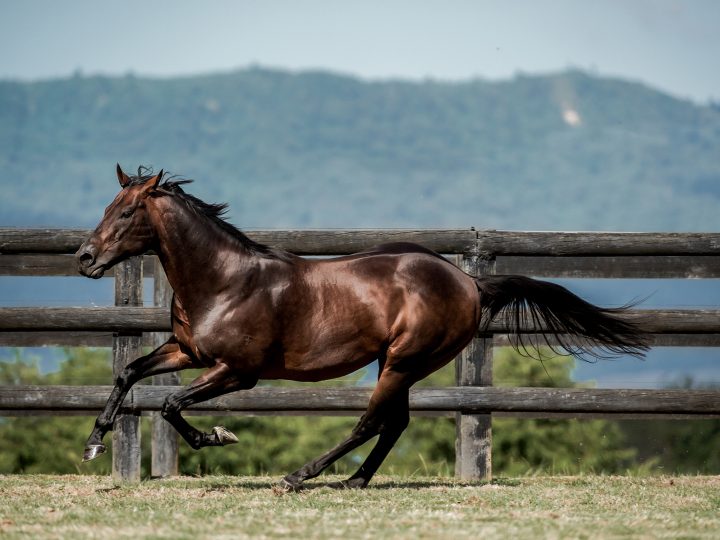 Ocean Park (Photo credit: Sharon Chapman).
Waikato Stud emphasised its status as a premier source of stakes winners with a treble strike on Saturday.
The Matamata farm enjoyed domestic black-type success and then two home-breds flexed their muscles overseas.
The nursery has ended the 2018-19 season with an impressive haul of 15 individual stakes winners.
Sai Fah and Seaway claimed the last black-type features in Australasia and Sacred Capital claimed the Gr.1 Macau Derby.
By former stud resident Rios, the Stephen Marsh-trained Sai Fah is a tough customer and that showed in his Listed Ryder Stakes triumph at Otaki.
He was forced to race wide throughout, but it mattered not and he raced clear for a dominant win.
“He just tried so hard and you can see that the track conditions are really, really bad and he was struggling, but he just kept giving,” rider Lisa Allpress said.
“I think he is going to be better on top of the ground so it’s a true testament to the horse as he’s very tough.”
Sai Fah’s depths of durability were showcased by his success as he had also won the opening two-year-old race of the season in September.
He was bought out of Waikato Stud’s National Weanling Sale draft at Karaka for $6000 by the Mission Downs Trust and is a son of the Fast ‘n’ Famous mare Rongonui.
The dam is out of a half-sister to the Gr.2 Sandown Guineas winner and Gr.1 Australia Stakes runner-up Scenic Warrior.
It’s also the family of the Gr.1 South Australia Derby and Gr.2 Blamey Stakes winner Shiva’s Revenge.
Ocean Park’s son Seaway showed his fighting qualities at Rosehill to reign supreme in the Listed Winter Challenge.
The four-year-old raced on the speed, hit the front at the top of the straight and stayed on strongly for his sixth career win.
Star Thoroughbreds‘ Denise Martin went to $210,000 at Karaka to purchase the half-brother to the multiple Singapore stakes winner Kiwi Karma.
Their dam Miss Purrfection is a half-sister by One Cool Cat to the Gr.2 Sir Byrne Hart Stakes winner and Gr.1 Telegraph Handicap runner-up Cheiron.
Seaway is Ocean Park’s third Australian stakes winner and his eighth stakes performer this season.
By the late O’Reilly, Gr.1 Macau Derby winner Sacred Capital was purchased at the 2016 NZB Ready to Run Sale for $580,000 and is out of the Savabeel mare Honolulu.
She is a half-sister to the multiple Group One winner and producer Alamosa.
Sacred Capital was a winner in Australia before transferring to Macau and his Gr.1 Macau Derby triumph in the Raffles Racing colours was his sixth career win from 13 appearances.
Sacred Capital joins Madison County and Savvy Coup as Waikato Stud-bred Group One winners to join the WS honour roll this season and he is the 40th individual Group One winner bred by Waikato Stud to date.