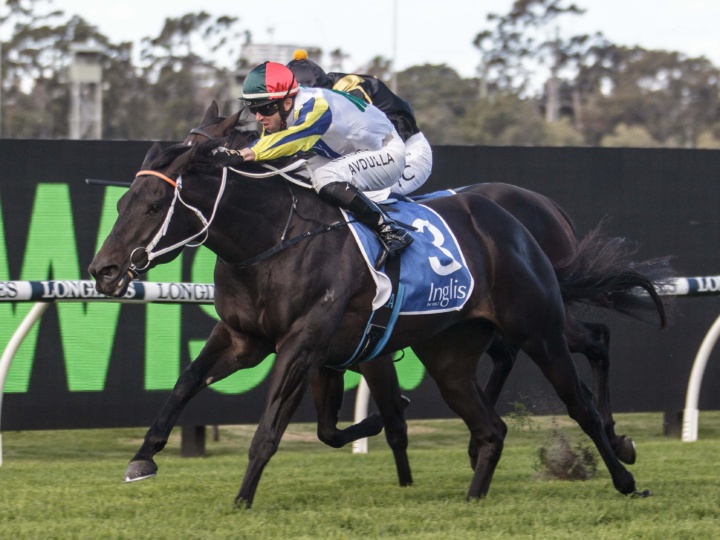 Waikato Stud celebrated another major success in Australian this afternoon when Midland trumped his rivals in the Inglis 3YO Guineas at Rosehill.

The Matamata farm shares in the ownership of the son of Brazen Beau, who completed a hat-trick of victories to remain unbeaten this preparation for trainer Kris Lees.

Waikato Stud was part of a group that secured Midland for $550,000 at the Inglis Classic Yearling Sale from the draft of Murrulla Stud.

He is a half-brother to four winners, including the Listed Strutt S. winner Rock Dove with their dam the Dubawi mare Pouter who was successful on two occasions.

The dam is a half-sister to the Listed Port Adelaide Guineas winner and G2 Spring Championship S. placegetter Exelltastic.

The pedigree page also has a strong international flavour through the presences of the G1 Belmont Mother Goose S. winner Dreams Galore and her half-brothers Absent Friend and Fateful Dream were both North American Group 3 winners.

Midland has compiled a tidy record so far with four wins and three placings from his nine appearances.