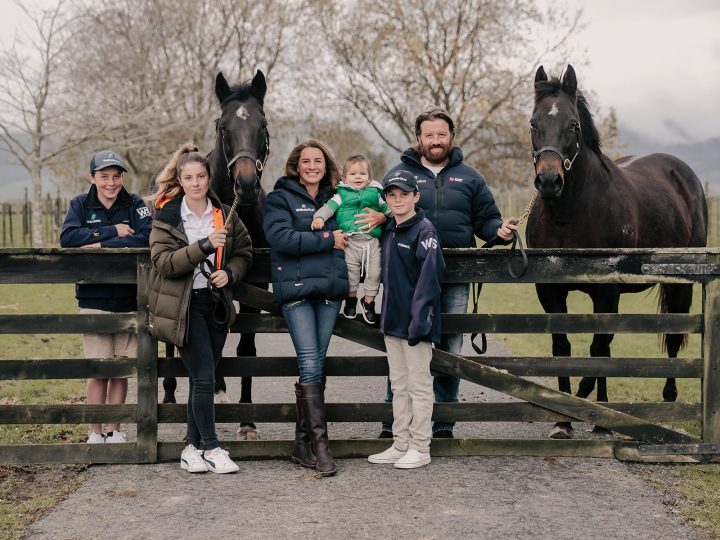 Waikato Stud again played a starring role during a night of glitz and glamour at the New Zealand Thoroughbred Racing Awards evening in Auckland this evening.

The Matamata nursery lifted the prestigious Breeder of the Year title for the sixth time in acknowledgment of another outstanding season.

The 2017-18 term provided the farm with classic highlights aplenty – a memorable spring double at Riccarton followed by success at Trentham.

Stud graduates Embellish and Hasahalo claimed the NZ 2000 and 1000 Guineas titles respectively and then Savvy Coup reigned supreme in the NZ Oaks.

“The Guineas double with horses born and bred here out of young mares was the highlight for me and one of them was the highest-priced yearlings we had sold at that stage,” principal Mark Chittick said.

“And then to get a third classic winner with Savvy Coup in the New Zealand Oaks was outstanding,” Chittick said of the $65,000 purchase.

For her heroics, the Michael and Matthew Pitman-trained Savvy Coup was crowned the champion three-year-old.

Savabeel’s best son Kawi was retired last season and his efforts were fittingly recognised with him winning the sprinter-miler category by a wide margin.

Trainer Allan Sharrock did a magnificent job throughout the gelding’s career to guide him to seven Group One wins.

To cap off a remarkable evening for Waikato Stud, resident Savabeel completed a clean sweep of the stallion titles.

In the Dewar Trophy standings, Savabeel finished with more than $8 million while his earnings in the Centaine Award were in excess of $13 million.

“The unwritten rule is anything above five per cent of stakes winners to runners and you have a successful stallion. I think he’s one of only three in Australasia at 10 per cent or higher.”