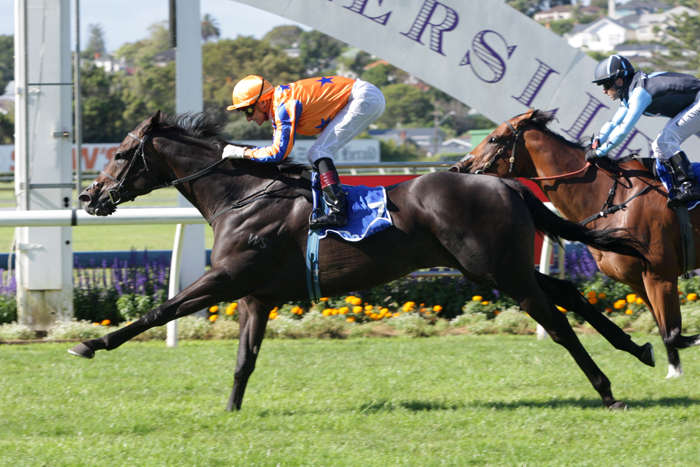 The handsome Savabeel four-year-old Splurge continued his rapid rise to the top with an emphatic victory at Te Rapa on Saturday. The good looker sat at the tail of the field before rider Opie Bosson brought him down the outside with an irresistible finish.
The WS-bred and sold gelding has now won seven of his 11 starts and is on target to further his record at the Queensland winter carnival. “He’s a magnificent horse with a ton of ability,” said Stephen Autridge, who trains in partnership with Jamie Richards.
“Everything went to plan today and he drew out and had to go back. He got a good drag into the race and that was one of his easiest wins. We know he can go on any track conditions as well.”
Splurge was purchased by Te Akau principal David Ellis out of WS’s 2014 Premier Sale draft for $500,000. Out of the Group Three-winning O’Reilly mare Splashing Out, he is a half-brother to the Group Two winner Shopaholic (Pins) and to the multiple Hong Kong winner Packing Pins. It is also the family of WS resident and multiple Group One winner Sacred Falls.