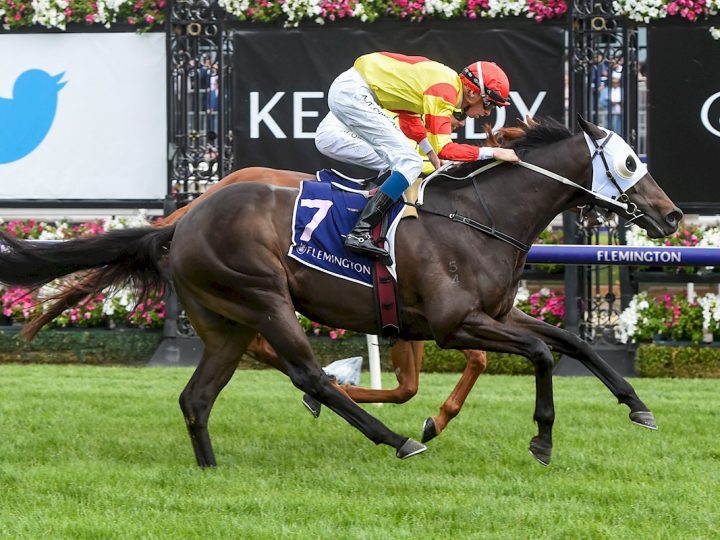 Savabeel and Ocean Park both made their presences felt on Oaks day at Flemington.

The former’s son Savaheat continued his rich run of form to strike in the opening event..

The five-year-old came with a well-timed finish in Michael Dee’s hands to score over 1800 metres.

Trained by Mick Price and Michael Kent junior, he has now won three of his last four starts.

Savaheat was a $220,000 Karaka purchase and is out of the Green Desert mare Heat Storm.

The dam is a half-sister to the dual Group Three winner Hume.

He has been patiently handled by Group One winning trainer Robert Hickmott and the rewards are now flowing.

Bumper Blast sat back and unleashed powerfully for rider Craig Williams for the second win of his three-start career.

“He’s a nice progressive horse and fantastic to have one like him,” Hickmott said.