Success off and on the track for Matamata farm 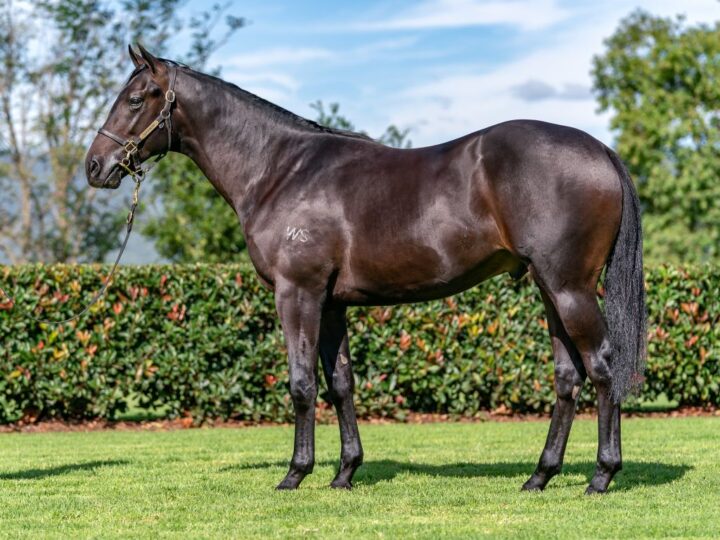 Another strong result during the closing session of the Inglis Australian Easter Yearling Sale headlined a top day for Waikato Stud, whose winning presence was also made on the racetrack.

The last of the farm’s Savabeel youngsters realized AU$190,000 when sold to New South Wales
operation Import Racing while the Matamata farm’s colours were in the winner’s circle at Ashburton
where another home-bred was also successful.

Lot 408 was sold on behalf of the Chittick family by Sledmere Stud and is a brother to this season’s
impressive 2-year-old winner Noverre, bought at Karaka by Te Akau for $600,000, and they are out
of Magic Dancer.

The Rip Van Winkle mare was a talented juvenile who won the G3 Taranaki 2YO Classic and is a
daughter of the multiple black-type winner Dazzling Belle and the family of the G3 Frank Packer
Plate winner Kinane.

Waikato Stud sold four Savabeel youngsters at Riverside Stables for AU$1,270,000 at an average of AU$317,500 and a top price of AU$520,000 for the half-brother to stakes winners Bonny O’Reilly and
Pretty To Sea.

Meanwhile at Ashburton, Purple Rain struck the first winning blow of her fledgling career with trainer Lance Robinson when she stepped up to 1600 metres for the first time and romped home in the experienced hands of Terry Moseley.

The daughter of former resident sire Rock ‘N’ Pop is raced by the nursery with a number of partners and is from the unraced O’Reilly mare Rose red, also the dam of the multiple winner and stakes place getter Felton Road. The feature names in the pedigree are Savabeel’s multiple Group 1-winning daughters Probabeel and Savvy Coup.

Later in the Ashburton program, Waikato Stud graduate Severine posted her sixth win for trainer Andrew Carston and syndicator Go Racing, who purchased her at Karaka for $30,000.

By Pins, Severine’s pedigree includes the G2 Autumn Classic winner Adelaide Ace and the Group 3 winners Strike The Stars and Another Dollar, who both placed at Group 1 level.