Superb day for Waikato Stud across the Tasman 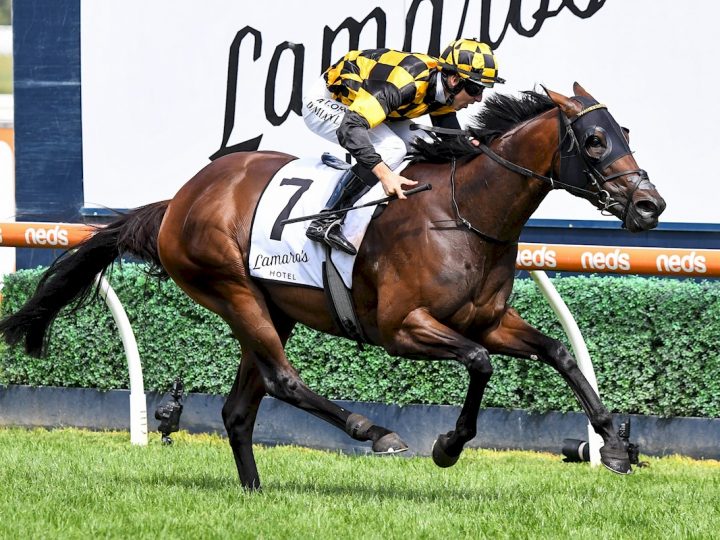 Waikato Stud celebrated a stellar day in Australia this afternoon with a memorable feature race double.

Outstanding home-bred mare Savabeel triumphed in the G1 Futurity S. at Caulfield and farm graduate Aegon retained his unbeaten record with a facile victory in the G2 Hobartville S. at Rosehill.

Savabeel’s daughter Probabeel remained undefeated this preparation when she added to her Group 1 tally in impressive fashion to further boost her prospects for the world’s richest mile race, The AU$5 million The All-Star Mile.

“It was absolutely incredible. She was caught wide from an awkward draw. We thought we might be a chance to get one off the fence, but Frosty (Damian Lane) wasn’t able to find that spot and she sat deep and when she quickened, she really let go,” trainer Jamie Richards said.“I am thrilled for all concerned. Three weeks now into the All-Star Mile has always been the plan. The best thing about her is she is getting better as she gets older and I think that is a really good trait in New Zealand-bred horses.

“She is by our champion sire Savabeel from a really good Waikato Stud family bred by Mark Chittick and sold at Karaka to David Ellis. She is right up there with the best that we have trained. She is a wonderful mare.”

Sacred Falls’ son Aegon later franked his New Zealand form, which includes a victory in the G1 2000 Guineas, with a commanding display to win the Hobartville for trainers Murray Baker and Andrew Forsman.

“I was impressed with what I saw on replays, but to Andrew and Murray and all the owners, they’re having a bit of a house party back in New Zealand, they’ve come over here and the proof is in the pudding with the Murray Baker stable when they come here,” winning rider Hugh Bowman said.

“They don’t just come here for a trip away. They know the right horses to bring. He’s had an excellent record and this horse certainly hasn’t disappointed me. I was ultra-impressed with him. He’s got the world at his feet.

“He didn’t jump particularly well. He was standing well but he just missed it slightly. It didn’t affect my position from a good draw. Mid-race he was just in such a good rhythm. It was the sort of rhythm you can see him stepping up to a higher class. It’s why he has the record he has.
“He doesn’t spend any energy mid-race. I didn’t have much room to choose from. I had a couple of options.

“I could just tell when I followed him through the gap he was going to produce. He just loved the competition. I think he won with a bit in hand to be honest.”