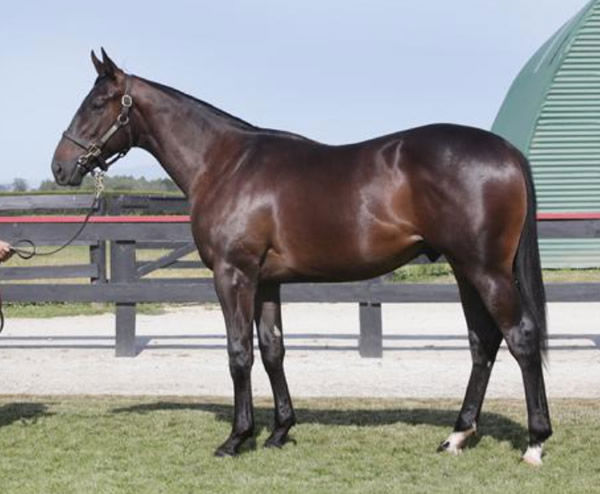 Khufu as a yearling.

Waikato Stud and partners celebrated success with the highly-regarded Khufu at Hawera.

The colt is trained by Tony Pike, who went to $150,000 to secure him out of Curraghmore’s draft at New Zealand Bloodstock’s National Yearling Sale at Karaka.

Khufu was an impressive trial winner last season before he finished sixth on debut in the G2 Eclipse S. at Ellerslie and plans scrapped for a tilt at the R. Listed Karaka Million.

The son of American Pharoah was then given a good break and returned to win one of his two trials ahead of his maiden victory yesterday.