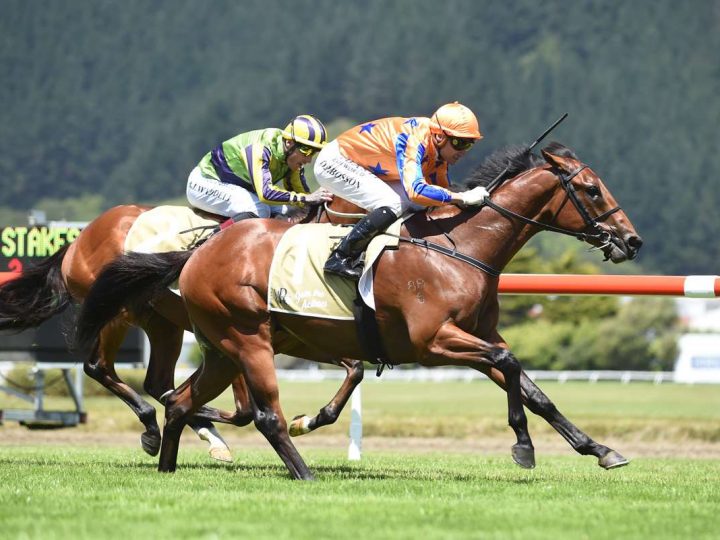 He was tardily away at Trentham, but it mattered little as he lengthened stride stylishly in the straight to win going away.

Aotea Lad is trained at Matamata by Jamie Richards and was a $200,000 Karaka purchase for Te Akau boss David Ellis.

He knew precisely what he was getting in to, as with wife Karyn Fenton-Ellis, was part of the syndicate that bred the horse.

Aotea Lad’s win was Te Akau’s 12th black type win with the progeny of Savabeel in the last two years.

The tally includes three at Group One level, four Group Twos, a pair at Group Three level and two Listed.

Aotea Lad, whose dam Corsage placed in the Gr.1 Diamond Stakes, was well-behaved on Saturday but that wasn’t always the case.

“Early in the spring he was very colty so he was gelded and that was the making of him as a racehorse,” said Paul Richards, a senior member of the Te Akau team and father of trainer Jamie.

“It was always the plan to ride him back and get a drag into it across the junction and get over them late.

“Obviously, he’s going to improve a lot and it’s all in front of him. He’ll probably go to the Eclipse Stakes next and then into the Karaka Million.”

“When he got to the front he was looking around at the big screen, but there was plenty left in the tank.

“He showed a good turn of foot when I put the pressure on him. He still doesn’t really know what he’s doing, but he’s a pretty special horse.”