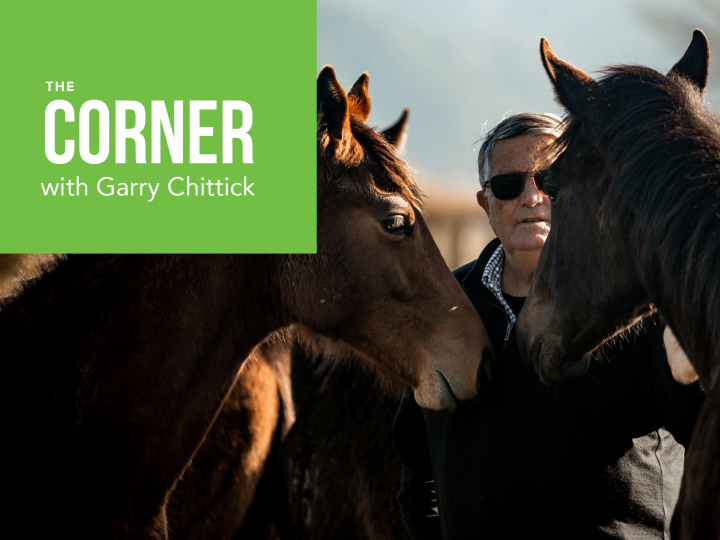 success only to spoiled by the prospect it may have been his last. But, hope springs eternal, the prospect of having him around longer with the administration of a non-subsidised treatment motivated his mates to chip in to help him. He didn’t ask, he didn’t have to, it confirms my view that racing people are a great fraternity to be part of. Thank you all, good luck Stu.

I have said many times that we at Waikato love to develop families. We have the descendants of three key families that go back to when Mary and I started nearly fifty years ago. It is not easy to maintain these lines; a couple of dud sires, which we all get, will destroy your hard work. We try to mate our fillies off the track with proven sires but with a narrow spread of opportunities we have to risk our new blood. Fortunately, our strike rate has kept our families intact.

Legs, our Oaks winner (along with the $1m Kelt) was a family we had to buy back into. Riverlette her grandam had a couple of fillies that because of my financial requirements at the time were sold. You can imagine our dismay when she never produced another filly.

Bruce Perry offered us a package of mares on behalf of his client, Riverlette’s daughter River Century was our opportunity to start again in the family we would have lost. She was carrying Legs by Pins, all round you would think River Century had never left. Legs was 15.1hh (I will write a Corner about the effect of size on our racing results in the future).

Mary and I were with Gerald and Robin Fell in the Margaret River when the Oaks was run, we were breaking speed limits to get to see the race without success, the radio it was. On arrival at our destination our host who had watched the race informed us an inquiry was taking place before placings were confirmed. I can’t tell you how frustrating it was half a world away, unable to argue our case. Well, we made up for it with a big night sampling the West Australian wine.

In the Kelt our regular jockey jumped ship and thank God he did – a smart, dominant ride from Lisa Cropp resulted in another big night in Havelock North.

Legs bred well for a start with three retained fillies from her first five foals. Another six years, three foals for one filly. Gimmeallyourlovin’ is that filly, her win this week hopefully is to be one of many. Legs is due to foal to Ocean Park and, if all goes well, she will be covered by Noverre. Legs has bred well but unfortunately Scrutinise, after a flying second in the Hawkes Bay Guineas, was injured in training, and was probably her best.

Her daughters are breeding well, and with four daughters, Legs yet to foal and numerous granddaughters bred to our homebred Guineas winner Noverre you can understand the pleasure we get out of our breeding program.

Noverre is a new family for us to build on, and who knows… To date Magic Dancer has had four colts and is due to Savabeel, a filly would be wonderful. Race her in two years for another three, five more years is a long time at my age, but without these members of our family Mary and I would be bowling. Can you imagine that? I’ll stick to the horses and the people in the second paragraph.