The first foals by Tivaci have arrived 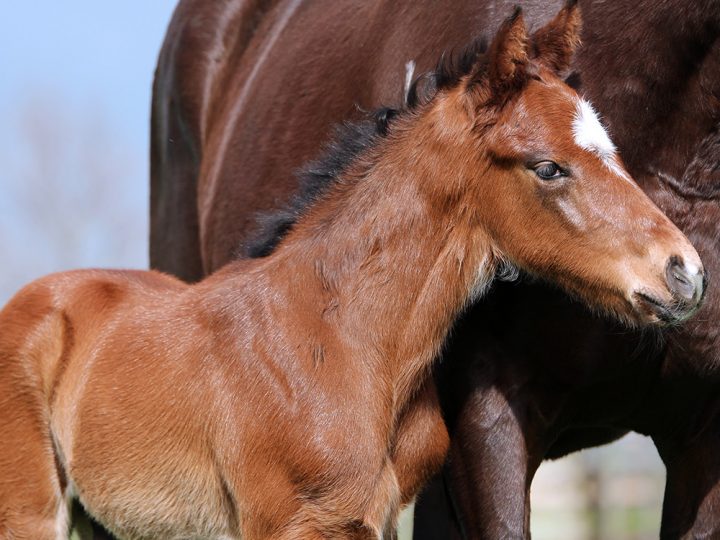 The first foals of Waikato Stud’s Tivaci (High Chaparral {IRE}) aren’t letting anyone down. The newcomers are meeting all expectations and a further endorsement of the Matamata farm’s stallion selection process.

“When you purchase a stallion all you can hope for is that they can leave foals like themselves and while it’s early days, it’s certainly looking like he is and that’s very exciting for us and all the breeders,” stud principal Mark Chittick said. “Tivaci is a super impressive-looking specimen and from what we’ve seen so far he is stamping his foals.”

One particularly well-related new arrival is the colt out of Lego (NZ) (O’Reilly {NZ}). The dam, a two-time winner, hails from one of the Matamata nursery’s leading families and is a daughter of the G1 New Zealand Oaks and G1 Kelt Capital S., winner Legs (NZ) (Pins). She has left the Listed Spring Classic winner Wolfwhistle (NZ) (O’Reilly) and the Group performer Scrutinize (NZ) (Savabeel).

“To be fair, the mare has left consistently good types and if we didn’t get a cracker by Tivaci we would have been in trouble, but we’ve got another good one, he’s a stunning looker,” Chittick said.

Another colt who has created a stir is the first foal is a son of Tiff And Co (NZ) (O’Reilly {NZ}). “He’s her first foal and Tivaci has certainly strengthened any weakness she may have had, he’s put good leg into the foal and he’s a lovely type.”

Timing can be everything in the thoroughbred world and Tivaci’s was exquisite when he powered to victory in the G1 All Aged S., at Randwick to seal his spot on the Waikato Stud roster. He had previously won twice at Group 3 level, but it was success at the last time of asking that propelled the son of Breccia (NZ) (Fastnet Rock) in the direction of the Chittick operation.

A $250,000 Sydney Easter Yearling purchase, he can lay claim to being one of the fastest sons of High Chaparral (Sadler’s Wells {USA}) with four stakes wins in all. His dam Breccia is a half-sister to the G2 Perth Cup winner Luna Tudor (Military Plume {NZ}, who in turn produced the G1 Toorak H., winner Allez Wonder (Redoute’s Choice).