The way forward for an industry in change 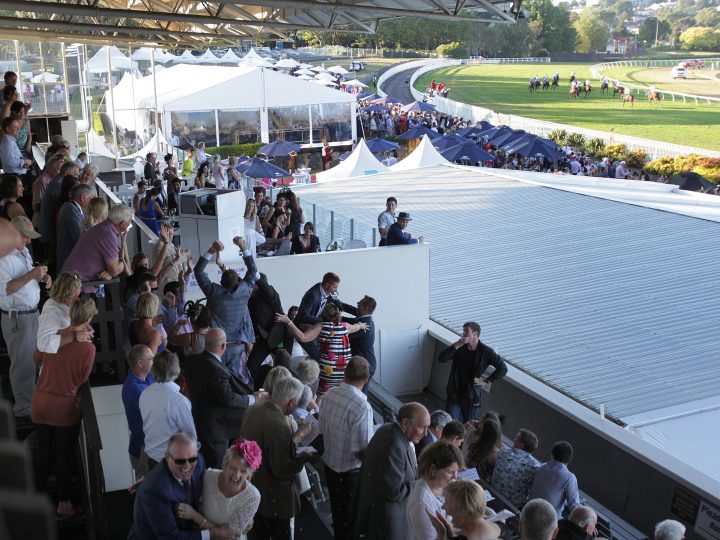 Think back to a year ago to the state of our industry and where we were heading. A general election was looming, we were being washed down the then government’s drain in a state of hopelessness, and the future of racing and breeding was bleak.

In the world of Charles Dickens, it was very much Bleak House. There was no apparent positive way forward. But subsequently, the election produced a result with a ray of hope. NZ First and Winston Peters with the only positive racing policy got over the line with the help of the racing vote that has now led us to a full industry review and the potential for change that will turn this business around.

So far, we have not seen any real industry benefits – no one is better off than we were a year ago. But the positive is that we now have optimism coming from the Racing Minister and are only about three weeks away from seeing the completion of a review paper that should result in the implementation of major positive changes – this will happen.

Whatever the Messara Review hands over to Winston Peters, there are two vital components it will not be able to control – the quality and make-up of the board tasked with the long-term future after Messara steps back and the decisions those people will make that will ultimately carve out the ‘make or break.’

If we have a truthful, analytical look at the governance we have had in the past 15 years, the summing up sentence would include such phrases as stake-holder dissatisfaction and an antiquated, top-heavy system. No benefits have accrued in that time and the constant decline we have endured has come at a significant cost.

Few people understand just how close this racing business has come to statutory management. The industry has gone into debt for the first time in its history and the NZRB is going to deliver a poor result in 2017-18. It’s close to the edge stuff.

Racing in New Zealand is as much a victim of the inability of its own participants to speak out and demand justice, as it has been a victim of poor governance that has neither delivered nor communicated properly with those participants.

The divide between the participants, which are reputed to number 58,000 plus, and the governing NZRB board has widened beyond a crevasse. The disturbing feature of this lack of communication or contempt they hold for each other is that the problems are clearly defined in a Harvard Business Review report, entitled ‘Where Boards Fall Short’ – a paper published three years ago that clearly mirrors the problems faced by racing industry governance.

The first point this McKinsey Report makes is, “boards aren’t working”. It goes on to state “A mere 34 per cent of the 772 directors surveyed by McKinsey agreed that the boards on which they served fully comprehended the company’s strategies. Only 22 per cent said their boards were completely aware of how the firms created value, and just 16 per cent claimed that their boards had a strong understanding of the dynamics of their firms’ industries.”

The report went on to say that “too many directors are generalists” and generalist directors are defined as people who don’t have a natural interest in the business they are governing.

Under the heading “Selecting the Right People” it says that out of 692 directors and executives surveyed, “only 14 per cent picked a reputation for independent thinking” as one of the main criteria that boards considered when appointing new directors.

The report further said that “governance experts agree that directors need to put in more days on the job and to devote more time to understanding and shaping strategy”. It also goes on to talk about robust, ongoing communication between management and the board facilitating an active dialogue with major long-term stakeholders.

On that point, how many times a year are NZRB board members seen at race meetings? The odd cameo appearance on a big raceday is the answer. And how many have backed their involvement with a reasonable investment in a racehorse or broodmare? Few, a minority in fact.

What racing doesn’t need is the archetypical “Institute of Directors” graduate looking for a career in collecting directors’ fees in businesses like racing which they know nothing about. The NZRB has been full of them over the years and it doesn’t work.

But even in this lop-sided board structure in which the thoroughbred community has one board representative out of seven, the criteria for the Minister appointing a board member is poorly worded. Clause 11 (4) of the Racing Act is the culprit as it says the word “or” instead of “both” – (a) knowledge of, or experience in, the racing industry; or (b) expertise in business, marketing, or economics.

The $4 million to $5 million that has been paid out in directors’ fees since the Racing Act came into being has proved to be a poor investment. Not, however, as costly as the numerous management initiatives the board has given its stamp of approval to – standouts are the Typhoon betting debacle which is estimated to have cost $30 million and now the FOB platform which is up to $40 million and still counting.

The bottom line to all this wastage is a realisation that racing has one administration level too many. Why do we need an NZRB? The answer is that we don’t. Thoroughbred racing needs to go back to managing itself and its own finances rather than being under the thumb of a politically motivated culture of self-serving technocrats possessing no passion or long-term aspirations for horses and racing.

Let’s give all the money back to the codes and bypass the huge administrative expenses that surely can be converted to prize-money and other vital spending. The NZRB should be defrocked and reduced to solely running wagering with a substantially changed straight-line management structure instead of this departmentalised current structure which has resulted in 134 plus employees earning a six-figure salary.

When that point is reached, the Jack McKenzies and Nigel Rooneys of racing committees (see sidebar story), of which there are many throughout the country, will no longer have to pass the hat around raising money for bonus schemes to keep racing afloat.