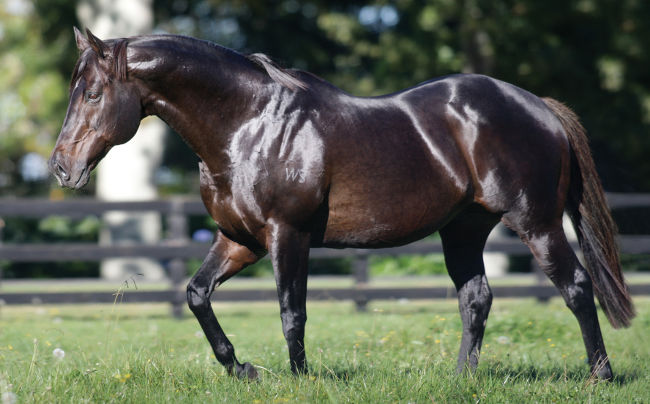 Tiptronic showed his great fighting qualities at Ellerslie this afternoon where he warmed up for a G1 title defence next month with a commanding front-running performance to land the Karaka Cup.

The Graham Richardson and Rogan Norvall-trained Waikato Stud graduate revelled in his role at the head of affairs and made light of his 60.5kg to win for the seventh time in his career.

“It’s a big thrill and he’s the most amazing horse who always tries so hard. He loves this time of the year so it’s onward and upward to the G1 Herbie Dyke S.,” Richardson said.

Tiptronic claimed the weight-for-age feature at Te Rapa last season and has raced consistently since with a fourth placing in the G1 New Zealand S. and prior to his Ellerslie success he was a gallant fifth in the G1 Zabeel Classic after being posted three wide.

He was a $100,000 purchase at New Zealand Bloodstock’s National Yearling Sale for Richardson and is a son of O’Reilly and the Pins mare Tiptoes.

She is a half-sister to the two-time G1 winner Legs, who produced the black-type winner Wolf Whistle and the G2 Hawke’s Bay Guineas runner-up Scrutinize, and the G1 WATC Derby winner Guyno.

Another top-flight member of this family is Xtravagant, the dual G1 winner of the New Zealand 2000 Guineas and Waikato Sprint.