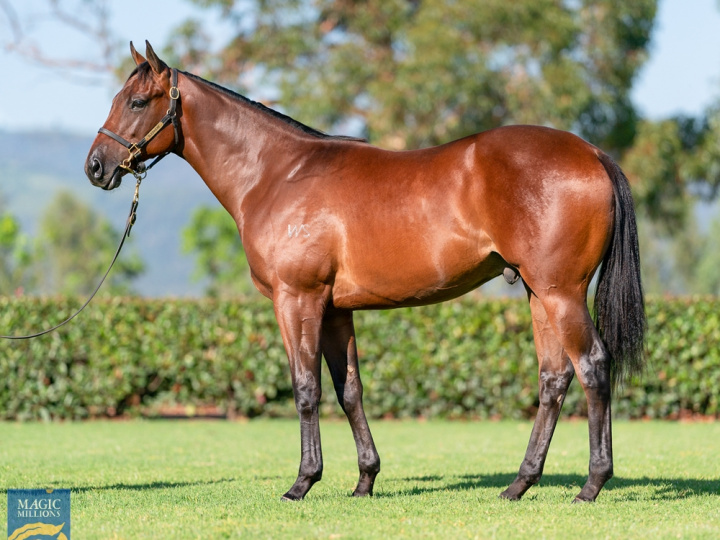 A son of Tivaci boasting a deep Waikato Stud pedigree took the eye of bloodstock agent Justin Bahen at the Magic Millions Gold Coast on Friday afternoon and he wasn’t to be denied.

Lot 837 was offered on behalf of the premier Matamata nursery by Royston and Catriona Murphy’s Sledmere Stud and was knocked down for $350,000.

He is out of the unraced Savabeel mare Caramel Sundae, who is a sister to the multiple winner and G2 Queen of the South S. runner-up Shop Til I Drop and a half-sister to the two-time winner Bargain, second in both the G2 The Roses and G3 Adrian Knox S.

Their dam is Shopaholic, successful in the G2 Angus Armanasco S. and the G3 Vanity S. and her brother Packing Pins landed an edition of the G3 Arawa S.

Further back in the pedigree sits Waikato Stud’s four-time Group 1 winner Sacred Falls, whose successful stud career was cut tragically short in 2019 due to a liver issue.