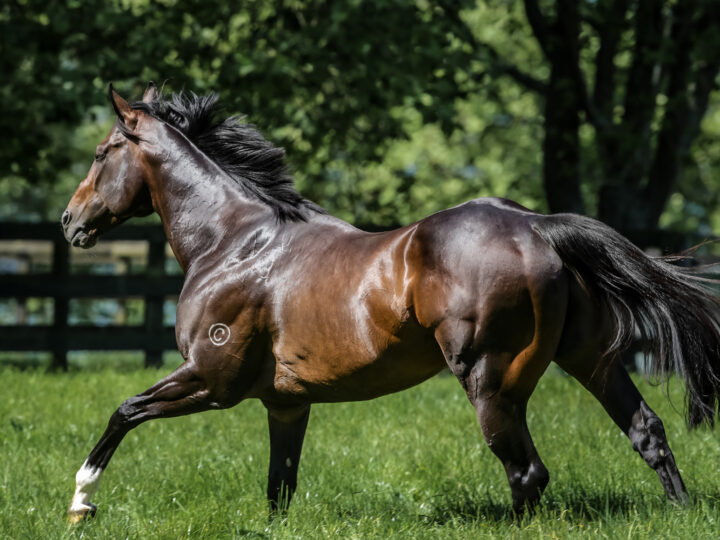 Precocious filly Wolverine made a bold statement for the upcoming Listed Karaka Million when the Waikato Stud-bred and sold filly produced a dazzling display at Te Rapa this afternoon.

“She’s a very good filly and really nice to win for a good syndicate and for Australian Bloodstock,” Bergerson said.

Wolverine had been an easy winner on debut at Otaki in early November and a performance that saw Australian Bloodstock complete a deal to purchase a 50 per cent holding.

“She’s got a great turn of foot, that’s the beauty of her. She’ll go home to the paddock for a few days and then we’ll bring back for the last day of the Ellerslie carnival and then she’ll stay with Jamie (Richards) until the Karaka Million,” Bergerson said.

Wolverine settled behind the leading pack on the rail for rider Danielle Johnson and was into the clear before the turn. She put the issue beyond doubt when she powered to the front 250 metres from the post.

“She’s got plenty of ability and is only going to get better and better. I was back on the fence and peeled off in plenty of time and she’s just so professional,” Johnson said.

She is a daughter of the O’Reilly mare Knew It, who made a return visit to Tivaci this season, and she is a grand daughter of Waikato Stud’s G1 Otaki Maori WFA S. winner Critic.

It is a potent family that includes the late, great O’Reilly, the multiple Group 1 winner and resident stallion Ocean Park and the elite level winners Grunt and Prince Kaapstad.

Waikato Stud graduate Andalus also gave a strong account of himself when finishing third on debut in the Wakefield. By Almanzor, he was a $420,000 Karaka purchase for agent Bruce Perry on behalf of prominent owner Lib Petagna.