Tofane back to best 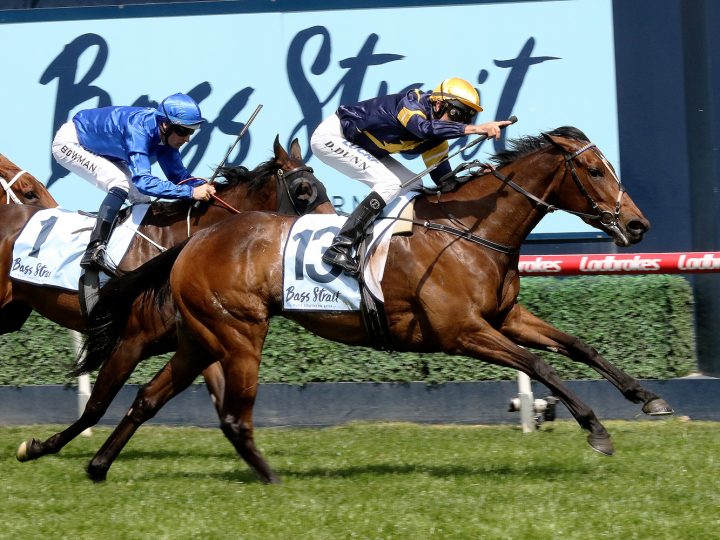 The Michael Moroney-trained Ocean Park mare Tofane made a blazing return to top form at Caulfield this afternoon.

She had been successful three runs back before an unplaced effort in the G3 How Now Stakes.

“I think she just had an off day,” Moroney said. “I always knew she had this in her.

“She looked terrific and showed the turn of foot that she has got.

“She’ll probably run in a 1400 metre race at Flemington during the carnival.

“We’ll give her a chance at a Group One race in the autumn.”

Tofane is a daughter of the Galileo mare Baggy Green, who won once at 1600 metres.

Significantly, she is a half-sister to the Group 1 winning half-sisters Funstar and Youngstar.

Their dam Starspangled is out of the multiple Group 1 winner User Friendly.