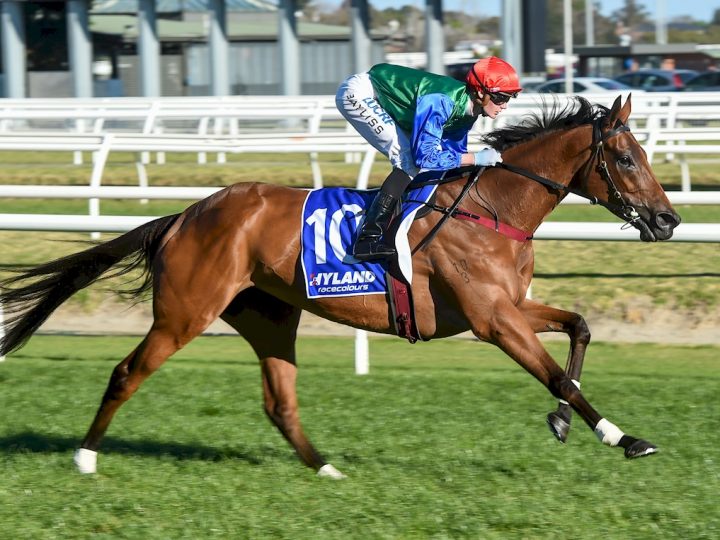 Waikato Stud has won the race to purchase the two-time New Zealand Horse of the Year and multiple Group One winner Bonneval.

The Matamata nursery acted quickly when her retirement was announced last week and dug deep to secure the daughter of Makfi.

“She is on her way to Yarraman Park to be covered by I Am Invincible,” stud principal Mark Chittick said.

“She’s a beautifully-bred mare and while one mare won’t turn it around, it is a bit of a reversal of our top mares going overseas.

“It’s a little bit of a turning of the tide and we’re in this for the long haul.

“Bonneval is from a wonderful family and there are a lot of fillies working for that family.”

She was a $150,000 Karaka yearling purchase in 2015 for Terry Jarvis, Alastair Lawrence and John Rattray.

Bonneval was placed with Cambridge trainers Murray Baker and Andrew Forsman and was a debut winner in the autumn of the following year.

Six starts later she triumphed in the Gr.1 New Zealand Oaks and crossed the Tasman to add the Gr.1 Australian Oaks to her record.

Following two below-par efforts this spring, the decision was taken to retire the five-year-old.

“Without a word of a lie, the idea was thrown out there about 1pm on Friday and three or four hours later the deal was all but done.

“Obviously, John, Terry and Alastair identified Bonneval as a yearling and they’ve had a great amount of fun.

“Murray and Andrew did an incredible job and now it’s up to us.”

Bonneval will officially be in the ownership of Chittick’s father Garry.

“This is Garry’s go and I think it’s fantastic that someone who has been in racing and breeding virtually all his life is now able to concentrate on a select group of mares. Until now Suavito had been his most expensive single purchase and she’s already produced a colt by Savabeel, which will be in our yearling draft at Karaka in January, plus she’s got a Savabeel filly at foot which will be retained.

“As much as you’d like to send Bonneval to Savabeel, with her being out of a Zabeel mare that’s not going to happen, but we’re holding a spot to I Am Invincible and she’ll be heading up to Yarraman Park this week.”

“These mares don’t come cheaply and we are competing against international competition.

“Hopefully, the purchase will be of benefit to the New Zealand breeding industry and to us. It was great to get the deal done.”