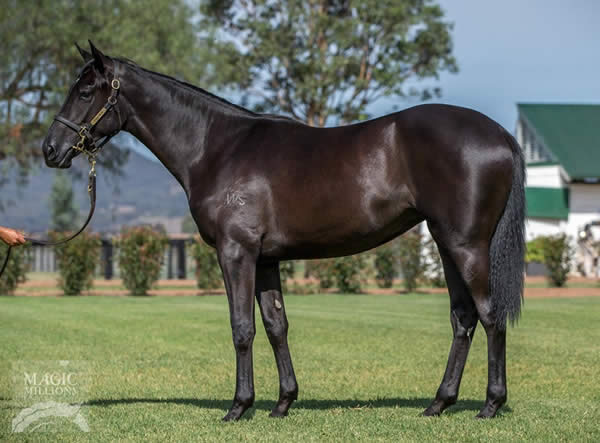 Sacred Lass as a yearling

A potent Waikato Stud family was to the fore at Wodonga this afternoon when Sacred Lass furthered her record.

The daughter of Sacred Falls has been patiently handled by trainer Phillip Stokes and picked up the second victory of her light career with success over 2050 metres.

Sacred Lass was bred by Waikato Stud and sold through Sledmere Stud’s draft at the Magic Millions Gold Coast Yearling Sale to the final $120,000 bid of Stokes.

A half-sister top three winners, she is out of the Savabeel mare Promenade who is a half-sister to the two-time Group 1 winner Legs, who in turn produced the black type winner Wolf Whistle, and the G1 WATC Derby and G2 Perth Cup winner Guyno.

Promenade is daughter of stakes performer River Century, a sister to the dual Group 2 winner Arletty and a three-quarter sister to the G1 Arrowfield Stud Stakes winner Sixty Seconds.

Alsop featuring in this pedigree is the dual Group 1 winner and sire Xtravagant and the G1 Herbie Dyke Stakes winner Tiptronic.