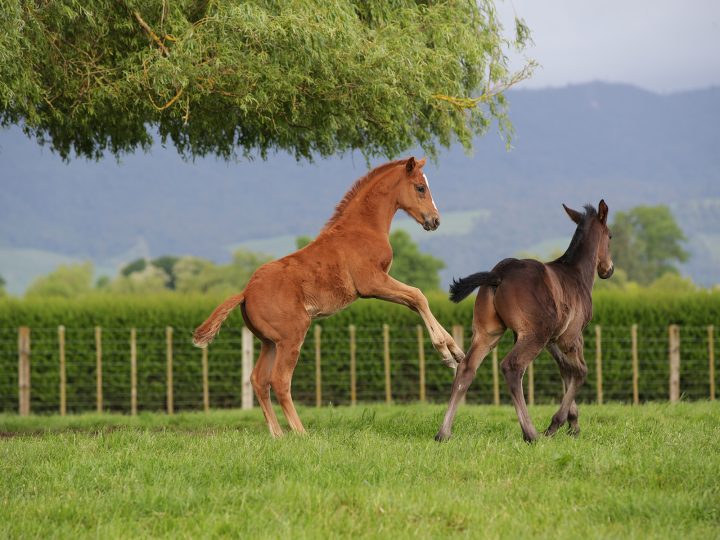 Racing has been getting a bad deal in mainstream media which seems to go hand-in-hand with the media backhanders constantly being dished out to Acting Prime Minister and Minister of Racing Winston Peters.

AM Show host Duncan Garner is a regular offender but many of his comments seem to come from sheer ignorance, his ego, and a political bias that places him in the camp firmly opposed to Winston Peters, NZ First and its policies.

Then you get the article that appeared on the inside front page of the Sunday-Star Times on the 24th of June which was headed, “Officials warned against racing tax breaks.”

This was trash tabloid journalism at its very worst. It began, “Inland Revenue officials have warned against tax breaks for the racing industry, saying they could cost the Crown up to $40 million in lost revenue – but the Government is proceeding regardless.”

A pathetic statement that is so far from the truth, was not substantiated in any form and was credited to have come from unnamed officials at Inland Revenue. No one in the racing industry was asked to comment on that remark to provide some balance.

It was a shallow attempt to leave racing and the Minister in a bad light but it failed because its author Andrea Vance was out of her depth on the subject, didn’t do the research and sounded politically motivated. The mystery is why was it written at all and what was such a nonsense article doing on page two.

Vance went to the trouble of phoning Sir Patrick Hogan to try and stir up a storm in a teacup over the unauthorised advert that appeared in The Informant, placed by Hogan just prior to last year’s election, but the Hall of Famer who was at home recovering from his dual knee replacement operations wasn’t taking the bait.

“The journalist Vance phoned me and tried to wind me up but I gave her very little comment,” Hogan told The Informant this week. “I just listened but she tried to wind me up. She was trying to put words into my mouth that they could print but I picked it straight away. When I read it I was very pleased that I had said very little.

“It was an article that was completely unwarranted,” continued Hogan. “It didn’t justify even going to print. It was based on nothing whatsoever. They were certainly having a strong dig at the industry.”

Well-known Hamilton accountant and Chairman of the New Zealand Racing Hall of Fame Chris Luoni was angered enough by the article to write a stern rebuttal which stated, “This article is factually incorrect in respect of the income tax changes for new horse breeders which were announced in the recent NZ Budget.

“Vance quotes IRD officials who believe that tax breaks could cost the Crown up to $40 million in lost revenue. This is also factually incorrect and misleading.”

The comprehensive three-page rebuttal by Luoni that pointed out and corrected all the inaccuracies of the story, in conclusion, said, “It annoys me that journalists like Vance write articles without proper fact-checking.

“Vance has based her article on an unknown IRD official being quoted as saying that ‘the cost to the Crown could be up to $40 million.’ This statement is unsubstantiated and from an unknown person (if any) – and my response is, ‘prove it.’

“I believe industry representative bodies like Harness Racing NZ and NZ Thoroughbred Racing must show leadership and have spokespeople to respond to such irresponsible articles which only seek to undermine a genuine NZ industry.”

Another accountant in the industry with a strong horse ownership involvement but who prefers not to be named was also critical of the story. He said, “I was wondering what the background to that article was because it is very odd for a government department like the IRD to have a pot-shot at a Minister.

“There’s a bit more behind it because one of the top political journalists Andrea Vance wrote the article which I thought was a bit odd as well. The inside front page of the Sunday-Star Times – didn’t quite deserve its place. There was no substance to it – it was all a bit of puffery – hot air really.”

On the question of GST in racing, he also had this to say, “The racehorse is an essential supply to the wagering business which it cannot operate without. However, the IRD’s ruling means that the GST incurred by the horse owner in making that supply, “the horse to bet on”, cannot be recovered.

“This situation, I believe, is peculiar to the racing Industry where a recreational activity or hobby is a key input into a taxable activity (wagering). This IRD ruling places the racing and wagering business in a serious cost disadvantage relative to other forms of wagering in New Zealand and makes it internationally less competitive.

“Other wagering businesses in New Zealand (e.g. casinos, gaming) are permitted to claim back the GST that they incur on the products they supply to operate their wagering activities (e.g. gaming machines, roulette tables etc). Therefore, these forms of wagering have a significant cost advantage over investing in racehorses as the costs of their inputs are in essence 15% lower.

“I’ve done some numbers which say racing is being slaughtered by the tax man,” he continued. “They are unique numbers and what they show is completely the opposite to what those boofheads at the tax department are saying.

“If you take the NZRB stuff, the code stuff, and the operational costs, the industry is losing almost $300 million a year – this is the costs to the owners – they are public numbers taken from various places. The owners’ costs are all in the Size and Scope Report.

“When you put them all together, add them up, and eliminate the stakes that are paid to owners, it shows this massive loss but that doesn’t include the capital investment in horses. Consolidate the results from an investors perspective and include them in the numbers, the result is that a loss of that magnitude is not sustainable – no business is going to survive with that outcome.

“The tax department seems to think that this business is run by the elite and we have truck-loads of money and they can tax the hell out of us. All the owners are subsidising racing to the tune of that almost $300 million – that’s point one. Point Two is that if you add up the GST the racing board is paying, the racing duty on betting and the GST paid by the owners on their racing costs and it comes to $88 million dollars.

“So here’s a business that’s losing nearly $300 million and we are paying $88 million in tax as well. We contribute $1.6 million to GDP as well and we employ 14,400 people full time and the total participants in racing are over 58,000 according to the NZRB’s Size and Scope Report prepared by IER Pty Ltd.

“You don’t have to be a mathematician to work out the extent of the loss,” he concluded.

The money the codes spends on getting all the horses and dogs to the races is not a controllable figure but GST is certainly a contentious issue and one that needs to be addressed in the coming industry overhaul.

Chris Luoni has also written a paper questioning why all racing entities in New Zealand are treated as hobbyists by the Commissioner of Inland Revenue when that very treatment contradicts the wording in the GST Act.

Luoni says, “One major matter of concern to the bloodstock industry is that the IRD’s paper QB 17/04 has a major flaw in that this policy paper has some strange requirements which are not consistent with the GST Act and therefore are incorrect in law.

“However, the following statements are made in QB 17/04: “…The Commissioner considers that, for syndicates whose activities are limited to racing horses, a taxpayer would need to establish all of the following matters (i.e. in order to be considered a taxable activity):

“1. The syndicate is formed not for the personal interest or pleasure of the participants, but for the purpose of making a profit from the activity, and it is operated in that manner.

“2. The activity of the syndicate or partnership is organised to achieve a pecuniary profit and operates in a systematic fashion that on an objective assessment appears to materially reduce the element that luck plays in whether any prize money is won.

“3. A significant amount of time is involved in performing the activity undertaken by the manager of the syndicate or partnership including acquiring and managing the horses that are assisting in meeting financial imperatives.

“Why is the Commissioner producing a policy paper which is stating that the activity must be organised to achieve a pecuniary profit when section 6 of the GST Act does not require it?

“The racing industry deserves to be treated with more respect and in terms of the GST Act each and every entity is entitled to be considered on its merits for GST registration and not be subject to the Commissioner’s blanket position that all “racing entities” are considered to be hobbyists.”