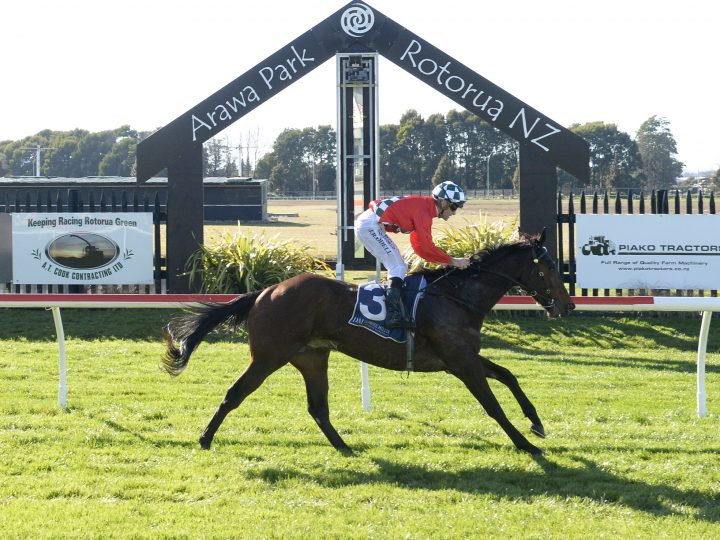 Sacred Falls has wasted no time in doubling his winning tally with further success at Rotorua this afternoon.

The Waikato Stud resident sired his first winner Shoshone recently and his son Vibrato is now also on the board.

He was ridden this afternoon by Jonathan Riddell and they cleared out to score by two and a half lengths.

Bred and sold by the Matamata farm, Vibrato was a $45,000 purchase at Karaka.

He is out of the Pins mare Music and she is a grand-daughter of the multiple Group Two winner Society Bay.

It is the family of the dual Group One winner Final Destination, who also won at Group Two level in North America.