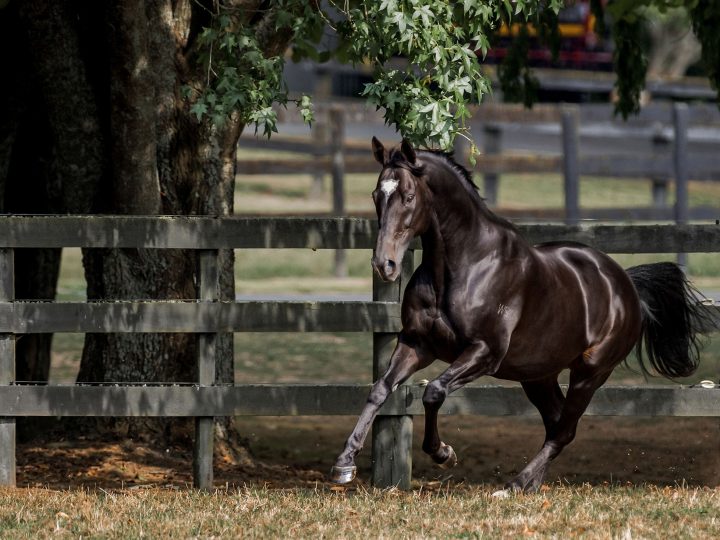 The Waikato Stud-bred Vibrato continues to impress at the trials with further success today at Te Awamutu.

The son of Sacred Falls also won on his home track at Cambridge earlier this month.

Anticipation is growing as the juvenile edges closer to his first race day appearance for Murray Baker and Andrew Forsman.

Vibrato sat close to the pace before improving wide approaching the turn.

He was put under little pressure in the run home by rider Jonathan Riddell to win the 850 metres heat.

The youngster is a son of Music and was sold by the Matamata farm for $45,000 at Karaka.

His dam is by Pins and the pedigree boasts the Group 1 winners Final Destination and Irish Fling.