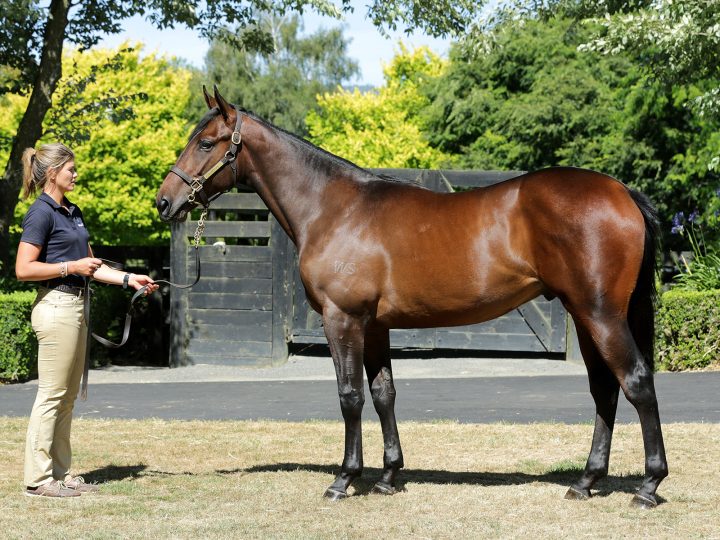 Vibrato before being sold at the New Zealand Bloodstock Yearling Sale in 2018. (Photo credit: Trish Dunell)

New Zealand’s champion trainers look to have unearthed yet another promising type in Vibrato.

Racing close to the pace, he rounded off strongly to claim his 935 metre heat in the fastest time of the day.

Vibrato was bred by Waikato Stud and sold at Karaka last year for $45,000.

He is a son of Music, a Pins mare from a half-sister to the Group Two winner Society Beau.

It is also the family of the Group 1 winners Final Destination and Irish Fling.