Waikato Guineas next for new Group One winner 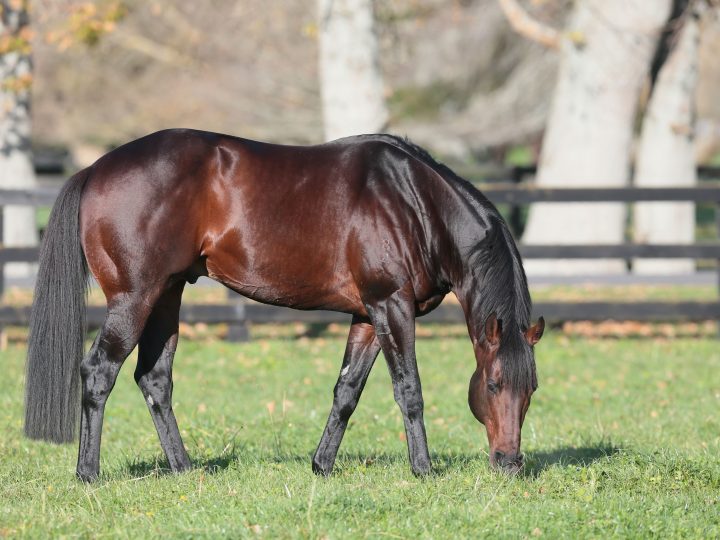 Rios
Matamata trainer Danica Guy is determined to prove that Gaultier is no one hit wonder.
She produced the recently gelded three-year-old to cause a major upset in the Gr.1 Levin Classic and is confident he can continue to make his mark in age group company.
“It was a massive effort and a huge thrill,” Guy said. “It wasn’t a fluke and he’ll go on and win some more.
“It wasn’t a surprise to me – the only shock was the way he won off such a slow speed. I knew he was good enough to win, but what I didn’t know was that he was good enough to come from last in a slowly-run race.”
Gaultier is now likely to make one more appearance ahead of next month’s Gr.1 TV3 New Zealand Derby.
“He’s got an amazing turn of foot and he’s come out of the race really well. I’m looking at the Waikato Guineas as his next target,” Guy said.
“He likes Te Rapa and he ran really well for third there a few starts back. I don’t think he’ll need another run after that for the Derby, one more should be enough.”
Gaultier, who placed behind the subsequent dual Group Two winner Saavoya three runs ago, was at $100 in the Derby market before his defeat of Sardaaj and Huka Eagle at Trentham. He is now down to $10 for the February 28 classic.
Guy has been the chief contributor to the stud career of the Gaultier’s stakes-winning sire Rios as she also prepared the now Hong Kong-based Happy Place, the Group One-performed stallion’s only other winner to date.
Back to all news
SHARE
Recent News