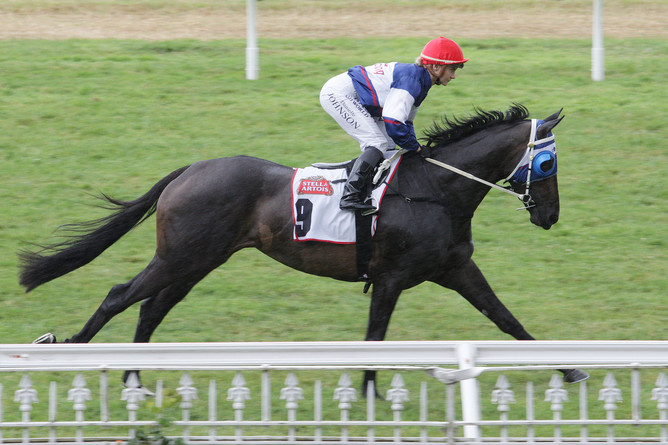 Promising staying filly Mark Two won’t race again before her autumn Group One target. Trainer Stephen Marsh has ruled out another appearance for the Waikato Stud-bred and sold daughter of Pins ahead of the Group 1 Al Basti Equiworld Dubai New Zealand Oaks (2400m) on March 17.

“Mark Two has already raced second-up over 2000m and she found that easy enough,” the Cambridge conditioner said. “She’s a very good filly and she can get there on a limited preparation, it won’t worry her at all.”

Mark Two was a debut second over 1600m at Tauranga in December and showed her quality at her following start when a close fourth in the Group 2 Royal Stakes (2000m) at Ellerslie on New Year’s Day. She then came from the tail of the field to finish runner-up behind Dijon Bleu in Saturday’s Group 2 Sir Tristram Fillies’ Classic (2000m) at Te Rapa. “It was a great run and my horse would be a good thing in a maiden 2000m at her next start, but she’s doing it all on her first preparation,” Marsh said. “I don’t need to run her again, she’ll be ready.”

She is a sister to the Group 3 Eulogy Stakes winner Whistling Dixie, with their dam the Danasinga mare Zephyr Song. Mark Two was purchased at Karaka in 2016 by Go Racing for $150,000.