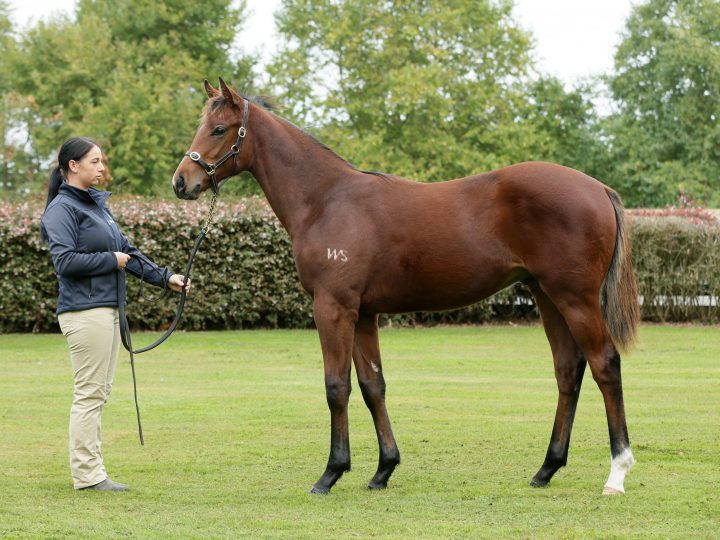 Leading nursery Waikato Stud has adopted a highly professional approach to the Karaka May Sale by assembling its best ever offering of weanlings in a single draft for one sale.

It’s no secret that the Stud has put together one of the biggest and best bands of broodmares ever held by a New Zealand stud farm and therefore views the Karaka May Sale as an opportunity to treat the weanling market very seriously with a draft that is likely to appeal to both owners and pin-hookers.

The band now numbers 220 mares and with the Stud’s high fertility that results in a lot of foals in any given season with only limited opportunities at following sales. Hence, the weanling market is now an important marketing window.

“We’re really excited to be offering our best ever draft of weanlings at the Karaka May Sale by some of Australasia’s best stallions,” said Waikato Stud boss Mark Chittick. “I believe we have something for everybody and these weanlings have all had an excellent start to life”

The draft comprises of 13 offerings of which seven are fillies and six are colts. The sire most represented is Ocean Park who has six weanlings, Sacred Falls and Rock ‘n’ Pop each have three while the recently deceased and twice Centaine Award-winning sire Pins has one.

The three by Sacred Falls which include two colts and a filly are sure to attract plenty of attention after the Champion NZ Three-Year-Old had his first yearlings go to Karaka in January where he easily became leading season sire with 46 yearlings selling for an average of $114,000 with a top price of $300,000.

First to be sold will be the bay Sacred Falls colt from the five times group three winning Pins mare Breezy which is a half-brother to four winners from the family of Starcraft. The other, a colt by Sacred Falls is also a bay out of the six times listed race winning Howbaddoyouwantit mare Neversaynever. This is the family of Super Impose.

Like the dam of the Breezy colt, the dam of the only Waikato Sacred Falls filly on offer is by the internationally recognised Pins who is also making a big name for himself as a broodmare sire with 28 stakes winners to his credit. This bay filly is the first foal of the twice winning Head Spin who in turn is out of the stakes-placed winning Tale of the Cat mare Heads or Tales. This filly is closely related to Champion NZ Three-Year-Old filly Daffodil.

The Ocean Park offering is made up of three colts and three fillies and like the sire all are bays. Having such a great season with his first season three-year-olds, Ocean Park also enjoyed a successful Karaka Sale when his 33 yearlings sold for up to $280,000 and averaged in excess of $100,000.

The colts include the third foal from the five times listed stakes-winning Zenno Rob Roy mare Cong’er, herself a daughter of ARC Championship Stakes, Gr.1, mare Conifer Bay who produced six winners. Another is from the young, unraced O’Reilly mare We Love, a granddaughter of one of Waikato Stud’s great matriarch’s in Starcent, by Centaine.

The Ocean Park fillies include a half-sister to the stakes-placed and twice winning Pins filly Florence Jean who was second in the Gold Trail Stakes, Gr.3, and also a half-brother to the recent and six times winning Morse Code, also by Pins. The unraced dam Really Reputable, by O’Reilly, is a half-sister to the Moonee Valley Victoria Handicap, Gr.3, winner Stickpin – the winner of eight races who was also second in the listed Chester Manifold Stakes at Flemington.

Fastnet Rock sire Rock ‘n’ Pop has both a filly and colt on offer in the Waikato Stud draft. The colt is out of the placed O’Reilly mare I Que who is a half-sister to the New Zealand St Leger winner, L,  Ritzy Lady while the filly is out of a half-sister to the Queensland Oaks winner, Gr.1, Miss Keepsake, and BOP International trophy winner, Gr.2, Villifye. This is the family of Grosvernor and National Gallery.

The draft is completed with one filly by Pins. The daughter of Pins is the chestnut second foal of the unraced Fast ‘n’ Famous mare Onesey, a half-sister to Counties Bowl, L, winner Shandream.