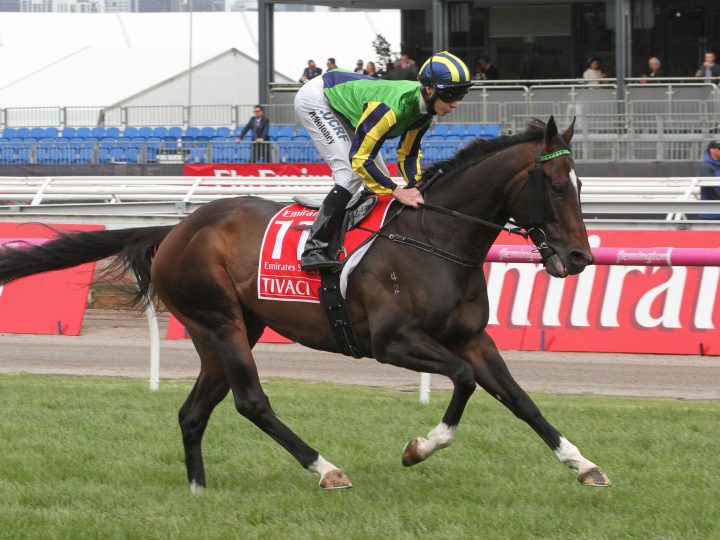 Matamata powerhouse Waikato Stud have delved back into the stallion market with their latest purchase having the potential for a bumper early return.
Farm principal Mark Chittick has secured a major interest in the Michael Moroney-trained Tivaci, who on Saturday will chase his first Group One victory in the $A1.25 million Newmarket Handicap at Flemington.
The four-year-old is the dual Group Three winner of the C.S. Hayes Stakes and the Sunshine Coast Guineas and he was also Group One-placed in the spring in the Cantala Stakes and the Toorak Handicap.
“We’ve always got an eye out and the competition for stallions is fierce across Australasia,” Chittick said.
“Before his latest Listed win (in the Kensington Stakes) we were very interested and the impressive times he ran got us motivated to get moving on a deal.
“He’s by High Chaparral out of a Fastnet Rock mare and 1600 metres is his limit. As a three-year-old, they tried to get him to a Derby, but it took a couple of races to learn that he wasn’t effective beyond a mile.
“He’s a fantastic specimen with a great turn of foot and his pedigree will really suit our broodmare band. He’ll cross so well with our mares by O’Reilly, Pins and Savabeel.
“We are very excited to have got the deal done and he will definitely be standing here at Waikato Stud later this year.”
Purchased by agent Paul Moroney as a yearling for $A250,00, Tivaci is out of the multiple winner Breccia, who is a half-sister to the Gr.1 Toorak Handicap winner Allez Wonder and the Gr.3 Chairman’s Handicap winner Pretty Pins.
“He really is a big, strong and imposing horse and we’re looking forward to the rest of his racing career before he comes to Waikato Stud,” Chittick said.
Tivaci will stand this spring alongside Savabeel, Pins, Ocean Park, Sacred Falls, Rock ‘N’ Pop and Rios. – NZ Racing Desk.