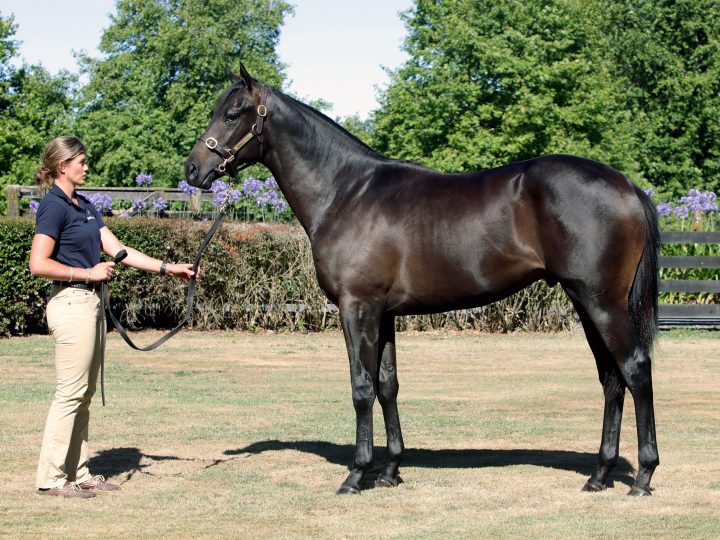 Pride, passion and excitement are exuding from the Waikato Stud barn at Karaka this week ahead of New Zealand Bloodstock’s revamped National Yearling Sales Series which commences on Sunday evening.

An army of 50 staff from Waikato stud are on-site at Karaka this week parading the stud’s 80-strong Book 1 draft for potential buyers and Waikato Stud principal Mark Chittick is excited about the sale’s new structure.

“I’m looking forward to the new concept – it should work well,” he said. “The longer we can keep the Australians, and in fact all international buyers here and being able to put more horses in front of them should be a huge benefit to everyone.

“I stand to be corrected, but it’s probably the biggest draft any farm has in a single sale in the southern hemisphere this summer.”

Leading the stud’s draft will be progeny of all-conquering sire Savabeel, who will be represented by 35 yearlings. He will get solid backing from fellow Waikato Stud sires Ocean Park, Pins, Rock ‘n’ Pop and the much awaited first-season debutant Sacred Falls.

Mark is especially excited to present the first yearlings by the son of O’Reilly.

“There’s no doubt there’s added excitement around Sacred Falls,” he said. “We bred him, sold him as a yearling and then bought back into him at the end of his racing career.

“It’s been a real homecoming with him returning to the farm and going into O’Reilly’s box and we couldn’t be happier with the horses he is leaving.

“They are exactly what he was as a yearling, great movers with beautiful walks and good temperaments – they are everything we could ever hope for as breeders.

“We took a couple to the recent Magic Millions sale to give buyers a taste of what he had to offer and the feedback was massive.”

Mark is buoyed by the strong results at the Gold Coast Yearling Sale as well as the continued success of New Zealand-breds on the track.

“This is a massive part of our year and all the signs are there,” he said. “Magic Millions was huge, more importantly New Zealand horses have had another fantastic year and we’ve got genuine depth in our stallion ranks.”

Next week is the culmination of several years of work for the farm and Mark is proud of the quality of yearlings that the farm will put through the sales ring.

“It’s hard to believe that it was three years ago that we sat down and planned the matings for these youngsters and to see each individual develop into an outstanding and promising athlete is so rewarding for us,” Mark  said.

“Feeling a real sense of pride is inevitable as each and every one of these home-breds carries the Waikato Stud brand and stems from family lines that we here at Waikato Stud are so very proud of.”

Among Waikato Stud’s consignment is a colt, Lot 265, who is a half-brother to the four-time Group One winner Sacred Falls.

A son of Sacred Falls and Group Two winner Do Ra Mi, Lot 167 is a three- quarter brother to promising stakes placed galloper Hanger and is great representation of the quality Sacred Falls is stamping his stock with.

Lot 263, is out of the Group One Makfi Challenge Stakes winner I Do and is sure to have an army if admirers and Lot 237 (Savabeel – Gracie Rose colt) is from the same family.

A son of Savabeel, Lot 336, and the dual Group One winner Legs is yet another home- bred blueblood. The value of Lot 190 can significantly be boosted if his sister Savvy Coup wins Saturday’s $1 million Karaka 3 year old Classic.

Lot 163 will be in demand as a brother to the Group One Spring Classic winner Costume and Lot 108 is a colt closely related to the multiple Group winner Coldplay.

Among the fillies, Lot 487 is a daughter of Savabeel out of a sister to the three-time Group One winner Daffodil and another potential headline act is Lot 231 who is out of the stakes-winning Pins mare Glad with the unbeaten champion Black Caviar featuring on her pedigree page.