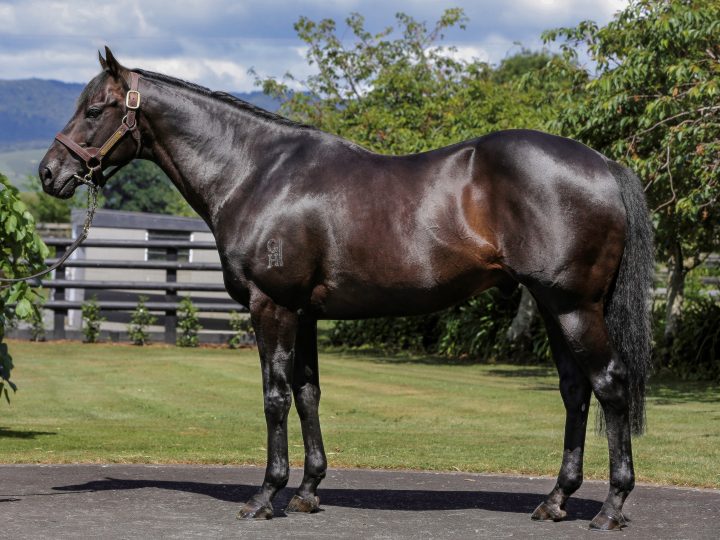 Prudent stallion selection along with the development of exceptional
families reared on the best-thoroughbred land in New Zealand has elevated
Waikato Stud into the position of strength it enjoys today.

The current season has been one of Waikato Stud’s very best in fifty years. The WS
brand has been proudly carried to victory on the shoulder of Group One winners
Probabeel (ATC Epsom), Aegon (NZ 2000 Guineas), Amarelinha (NZ Oaks) and
Mo’unga (ATC Rosehill Guineas). Waikato Stud bred a total of 18 black-type winners
to date in 2020-21, with three months of the season still remaining.

The perennial Savabeel, in the tradition of his sire Zabeel and grandsire Sir
Tristram, continually goes from strength to strength. Worldwide, Savabeel has now
sired 23 Group One winners and 114 stakes winners to take his total earnings to over
NZ$122 million in 12 different countries. On the world’s most competitive racing
stage, Australia, his progeny has won over AUS$54 million.

Savabeel is the current leading Australasian sire of Stakes winners with 18 winners
of 29 races including four Group One winners.

It takes an exceptional horse to win the Caulfield Guineas, a stallion-making race
won by our second season sire Super Seth. His maternal grandsire Redoute’s
Choice won the same race in the record time of 1.35.8 and became Champion Sire of
Australia on three occasions. Other legendary names etched in Caulfield Guineas
history include Vain, Mahogany, Manikato, Red Anchor, Luskin Star, and Tulloch.

When Super Seth won the 2019 renewal of the race, he gave the previously
undefeated Alligator Blood six lengths start and ran him down. He displayed electrifying speed in winning his debut start as a two-year-old by six lengths. When
retired to Waikato Stud in 2020, he had earned A$1.7 million.

Super Seth has superb conformation and quality. His pedigree is instantly attractive
as a son of the highly successful sire and former NZ Horse of the Year in Dundeel
and half-brother to the multiple stakes-winner Wild Planet.

Super Seth attracted a high quality full book of 130 mares for his 2020 debut season.
It comprised 27 Group winners, including 11 at Group One level – another 10 were
Listed winners. Also, a further 18 mares were dams of Group winners.

Overall, more than half of Super Seth’s book had themselves earned black-type or
produced black-type performers.

Ocean Park – $30,000 + GST (LFG)
Ocean Park established himself as a sire of the highest class in Australia last season
when Tofane won the Gr.1 All-Aged Stakes, this season it has been followed up by
Kolding’s win in the 2021 All-Aged Stakes. That high-class performance came in
addition to his earlier Gr.1 Epsom win and success in the inaugural $7.5 million
Golden Eagle.

With less than five crops of racing age, Ocean Park’s progeny have won more races
(447) with fewer runners than Savabeel (400 races) had sired at the same stage.

This season’s progeny have won from 1200 to 3200 metres, including Ocean Billy’s
emphatic win in the 2021 Gr.1 Auckland Cup. His other group winning horses, Star
of the Seas, Oceanex, Another Dollar, Our Hail Mary, and Out of the Park, are
supported more recently by Bargain’s impressive third in the Gr.1 ATC Oaks.

Tivaci – $12,500 + GST (LFG)
Young stallion Tivaci is exceptionally well-credentialled, and the quality of his
progeny on the racecourses of Australasia is eagerly anticipated. As a Group One
winner of the All-Aged Stakes at Randwick, Tivaci represents outstanding value.

By one of the world’s most successful sire’s in High Chaparral, Tivaci’s first and
second crop yearlings made over five to six times his service fee, selling up to
$500,000. Numerous Tivaci yearlings have made six figures and gone into leading
stables throughout Australasia.

Tivaci has an outstanding pedigree, and his striking good looks have transmitted to
his progeny. The word coming from leading stables in Australia is strong for Tivaci,
who unsurprisingly has so far been represented by only a handful of juvenile
runners.

Ardrossan – $3,000 + GST (LFG)
Ardrossan displayed abundant Group One ability, but injury cut his career short,
and he retired to stud as a Group Three winner of four races from only nine
starts.

At three years, he won the Gr. 3 ARC Concorde defeating Group One winner
Ever Loyal. He then exemplified his class by finishing a head and a nose behind
multiple Group One winners Melody Belle and Bostonian in the Gr.1 Waikato
BCD Sprint over 1400 metres.

Ardrossan has a beautiful pedigree and is an outstanding type. He is by the
renowned sire and sire of sires in Redoute’s Choice (sire of Snitzel and Not A
Single Doubt), and is from the ATC G3 Gimcrack Stakes placegetter Miss Argyle,
by Iglesia.

Ardrossan, who has rising yearlings, represents outstanding value at the
unchanged 2021 service fee of $3,000 plus GST.