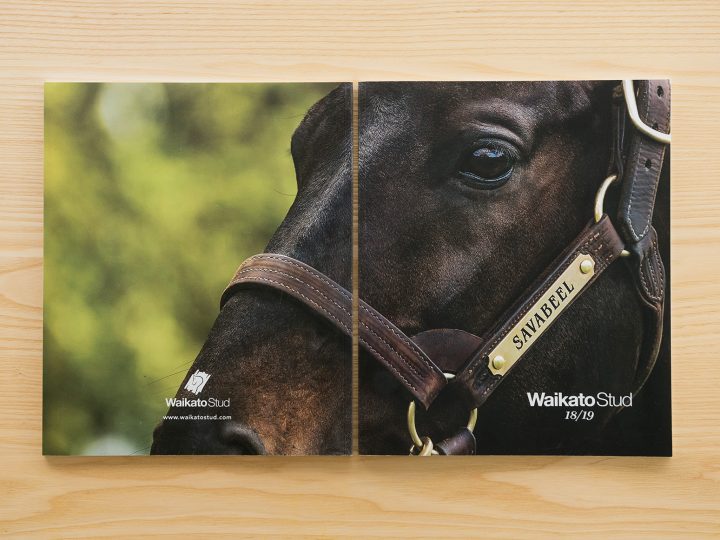 Waikato Stud is thrilled to be the winner of two major categories at the prestigious Pride in Print Awards last weekend.

The stud won gold medals for its 2018 Stallion Brochure – a premium showcase of the farm’s world-class sires.

The Waikato Stud brochure won gold in the Business Print category and in the Best Offset Sheet-Fed Printing category – beating hundreds of other offset entries from around New Zealand in the annual awards.

Judges were blown away by the design and print quality of the Waikato Stud brochure, saying: “This job is a thing of beauty. The black embossing is spot on and what a great choice of images – simply stunning.”

The award-winning issue was the brainchild of Waikato Stud Marketing Manager Jasmine Robertson. Jasmine worked with Waikato Stud’s graphic design and printing suppliers to bring her vision to life, over 52 luxurious pages of beautiful imagery, design and immaculate print quality.

“It is such an honour to receive these two awards on behalf of Waikato Stud,” Jasmine says. “The project involved an immense amount of work and we have been blown away by the response of people who read it. To be acknowledged among the best of printed products in NZ is the icing on the cake.”

Jasmine is busy working on the 2019 stallion brochure, due to be printed later this month.

“Watch this space – we’re continuing with our new direction and plan to raise the bar even higher this year,” Jasmine adds.

Waikato Stud Principal Mark Chittick says he is delighted with the result. “We are incredibly proud of our team at Waikato Stud, who put their heart and soul into achieving excellence in everything they do here at the farm. The brochure is definitely an example of that.”