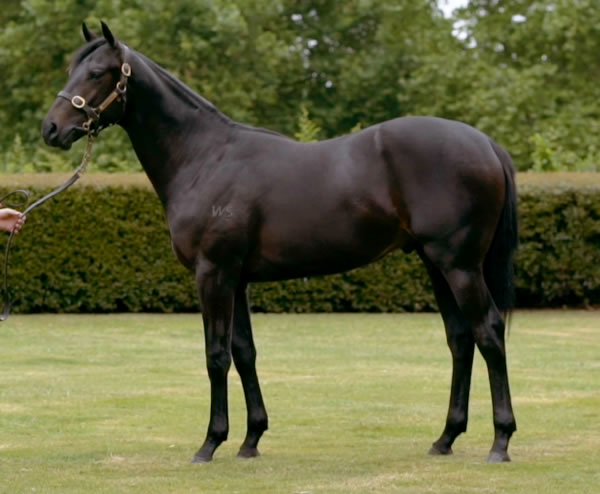 Noverre as a yearling

Waikato Stud has been a dominant force in the G1 New Zealand 2000 Guineas in the last decade and that trend continued at Riccarton on Saturday afternoon with the outstanding Savabeel colt Noverre dominating his opposition.

The Matamata farm’s graduate added to the Chittick family’s proud roll of honour in the Classic with a towering performance to come from last on the turn with a devastating finish that saw him sail clear.

Waikato Stud has now bred and sold five of the last 10 Guineas winner with Sacred Falls, who subsequently returned to stand at the nursery until his premature passing, reigning supreme in 2012.

Savabeel’s son Embellish was successful in 2017, Madison County followed suit the next year for his late sire Pins sire and in 2020 it was Aegon, also by Sacred Falls, who triumphed.

The Jamie Richards-trained Noverre was sent out a less than even-money favourite in this year’s edition after an impressive lead-up victory in the G3 War Decree S. and he was untroubled to reward his supporters in the hands of Opie Bosson.

“It was a really impressive win today and I just said to Opie don’t panic in the run and he was really explosive when he got clear, he looks a pretty special colt,” Richards said.

“He’s an exciting horse and I can’t thank everyone enough, Waikato Stud has had so much success with Savabeel, it’s just a special day.

“We’ll get him back to Te Akau now and pump some good grass through him and then he’ll head toward the Karaka Million Mile and see where we end up after that.”

Bosson said his only concern during the race was trying to find a rival to tow him into contention 700 metres from home.

“I was a little bit worried across the top to get something to track me into it. To the horse’s credit, he produced a powerful finish – he’s a high-class animal.”

Noverre is the first foal of the G3 Taranaki 2YO Classic winner Magic Dancer and she is out of the two-time Listed winner Dazzling Belle, also the dam of the multiple winner and Group 1 performer Manten.

“He was a beautiful yearling when Dave bought him, he had the looks and the pedigree,” Richards said. “He was just a littler bit backward as a 2-year-old and needed to strengthen up.

“We had a little bit of trouble with him toward the back end of the season with him misbehaving in the barrier, but the team have done a really good job with him.”

Noverre has now had three wins and three placings from his seven appearances with the promise of significantly adding to that record during future preparations.