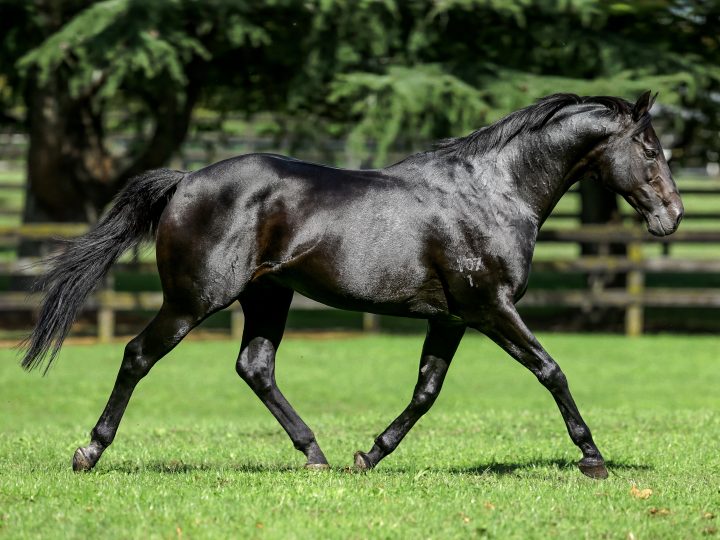 Savabeel will serve a private book from 2018 onwards

Savabeel is now the sire of 17 individual Gr.1 winners and 73 individual stakes winners.

Demand for the stock of Savabeel remained high during the 2018 New Zealand Bloodstock Yearling Sale with his 61 yearlings selling at Karaka at an average of $261,066 to crown him the overall leading New Zealand-based sire by average.

The 2018 Australasian yearling sale series were record-setting for Savabeel with his first $1 million yearling sold and a further six yearlings selling for more than $500,000 in both New Zealand and Australia.

“We are extremely proud and overwhelmed by the success and popularity of Savabeel and we are conscious of the numbers and book we will commit him to this season,” stud principal Mark Chittick said.

“The Savabeel syndicate will therefore be managing the numbers and book he will serve from this season on and his book will be private going forward.”

There was fierce competition in the sale ring this year to secure progeny of Ocean Park.

“To see Ocean Park’s progeny sell so well is extremely rewarding as a breeder,” Chittick said.

On the leading Australian second season sires’ premiership, Ocean Park is the top New Zealand-based stallion and he will remain at a fee of $30,000 plus GST.

The highly-anticipated first crop of yearlings by Sacred Falls went under the hammer at Karaka earlier this year and they didn’t disappoint.
His youngsters averaged more than four times his service fee and sold up to $300,000.

Claiming the leading New Zealand based first season sire by average title, his progeny averaged $121,547 during the Karaka Book 1 session and were chased by astute judges from around Australasia and Asia.

Champion stallion Pins has now sired 11 Gr.1 winners and 75 individual stakes winners and will stand again at a fee of $25,000 plus GST.

“The calibre of mares Tivaci covered during his first season at stud came as no surprise, he’s an impeccable looking stallion with all the quality attributes needed to make a successful sire,” Chittick said.

Tivaci, whose first foals are eagerly awaited in the spring, will again stand for a fee of $20,000 plus GST.

Departing the Waikato Stud stallion roster this year is Rios who was sold earlier this week. We wish his new connections all the very best with him.

In keeping with the esteem in which the stud holds their roster, Waikato Stud welcome visitors to the farm to inspect the stallions first-hand.

“We are very proud of our roster and love showing the stallions off to people,” Chittick enthused.