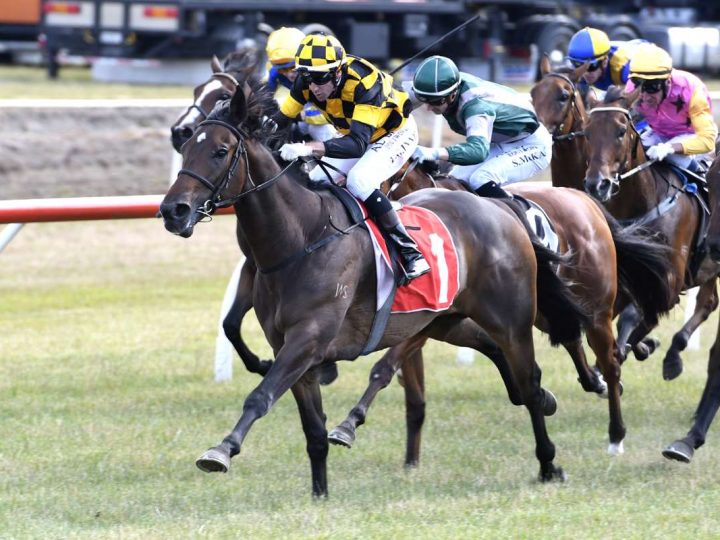 Boomerang
Patience is a quality Roger James is blessed with and it was rewarded at Tauranga this afternoon. The Cambridge trainer produced the lightly-raced WS graduate Boomerang to open his account in his first appearance as a four-year-old.
“He’s showed me well above-average ability for a long time, but he’s a big boy,” James said. “He’s an old-fashioned New Zealand stayer and we’ve had to wait for him.”
Boomerang was a minor placegetter in both of his runs last season before he was put aside to develop and strengthen. A placing at the Cambridge trials last month preceded his maiden success today over 1400m, a distance short of his best.
The gelding settled midfield on the rail before rider Leith Innes was able to angle off the fence across the top. With minimal urging, the horse flattened out well in the straight for a comfortable victory.
“It was a good effort as he wasn’t brilliant out of the gates,” Innes said. “The 1400m is a bit short for him and once he gets up in distance I think you’ll see a pretty good horse.”
Boomerang was purchased out of WS’s 2015 Premier Sale line-up at Karaka in 2015 for $160,000 by James on behalf of Brendan and Jo Lindsay. He is out of the Savabeel mare Promenade, a half-sister to the multiple Group One winner Legs.
Back to all news
SHARE
Recent News