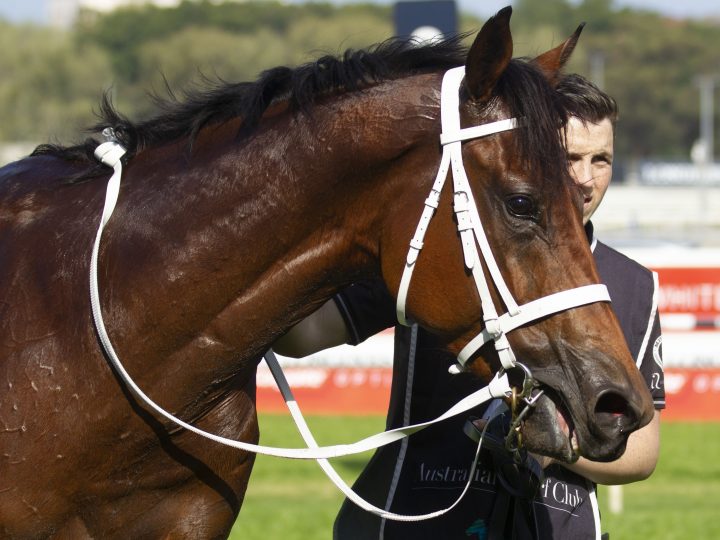 Chris Waller is a major fan and supporter of Ocean Park and his admiration for the Waikato Stud resident was further boosted after today’s G1 George Main Stakes at Randwick.

The champion trainer quinellaed the feature with Ocean Park’s sons Kolding, already the winner of the G1 Epsom Handicap and Golden Eagle, and multiple top-flight placegetter Star Of The Seas.

Waller has yet to confirm Kolding’s immediate future, but is unlikely to defend his Epsom crown.

“He might have too much weight so we’ll leave it to the stablemates. We’ll find another nice race for the horse and follow a weight-for-age path,” he said.

“He’s bounced back after two runs and in my mind if things don’t go your way you don’t panic. We stuck to a plan with him and try and make things unfold and all four horses went well.”

Waller said Kolding had reasons for his below par form since his Epsom and Golden Eagle victories s of last preparation.

“To be fair, it’s the first time he’s been right-handed with a good draw and a good track. First-up it was too wet, he has to have a decent track.”

Kolding was quickly into stride to sit in second spot and he fought strongly to the line to hold out Star Of The Seas.

“The dry track was a big help to him and Chris has nursed him back to his best form. He’s usually better ridden with a bit of cover, but how it mapped he was always going to end up outside Dreamforce,” successful rider Tommy Berry said.

“He settled really well for me and gave him a chance to finish off strongly. It was a great training effort and a tough run by the horse.

“I couldn’t sleep last night and about 2am I went back and watched his Epson and Golden Eagle wins and he was the best horse in Australia at that stage. He only had to return to that sort of form and he was going to be hard to beat.”