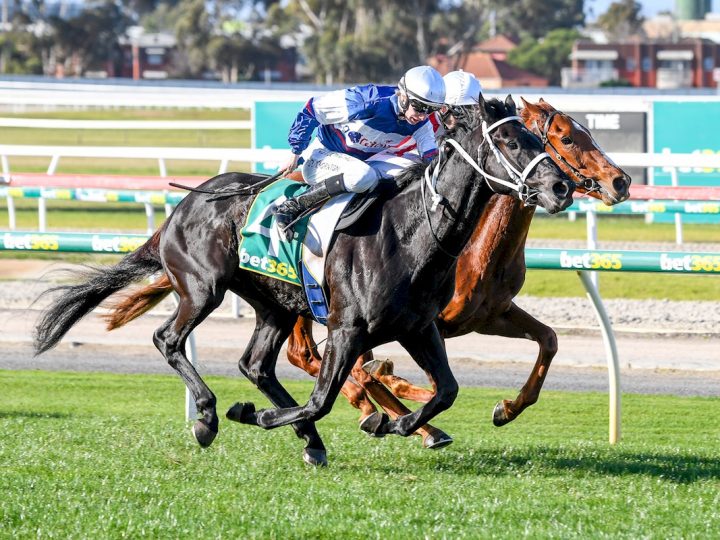 Surgery has worked wonders for Wairere Falls who broke maiden ranks last time out at Geelong.

The 3-year-old son of Savabeel was having just his third career start, and first since a gelding operation, finishing strongly to win the 1200 metre event.

Wairere Falls, who races in the Go Racing silks, jumped nicely and settled at the rear of the field under a quiet ride from Damien Thornton and let down strongly in the run home.

Trainer Chris Waller was happy with the run and is predicting Wairere Falls will progress well from Friday’s effort.

“Damien was very pleased with his performance and commented that he did everything right,” he said. “His manners were better and he should be in for a nice preparation.

“It was good to see him ridden nice and quietly to instructions from the draw and have him settling and doing things right. He came with a well-timed run so is certainly heading in the right direction.”

Out of Iguazu’s Girl, Wairere Falls is a half-brother to four-time Group 1 winner Sacred Falls. It is also the family of Group winners Packing Pins, Shopaholic and Splurge.