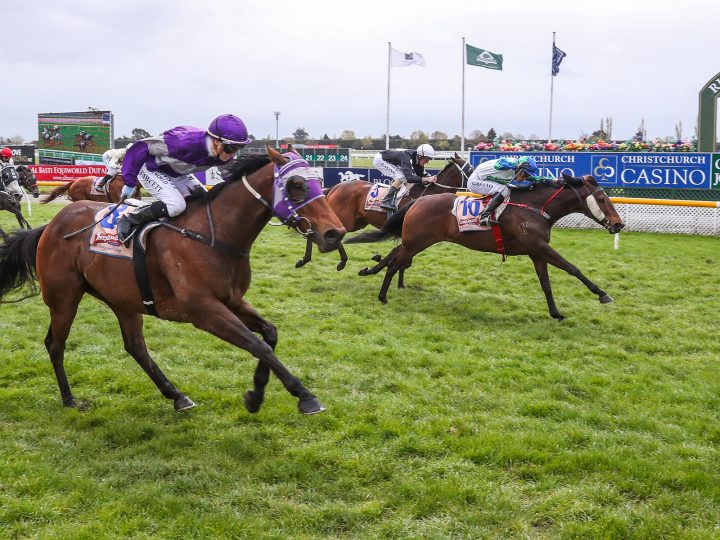 The royally-bred Final Savings showed his quality when he overcame adversity to triumph Saturday afternoon at Riccarton.

Rider Kozzi Asano, sporting the Waikato Stud silks, was in trouble at barrier rise when the gelding blew the start.

The apprentice didn’t panic and settled back before improving near the turn.

Once into the clear, Final Savings produced a withering run to win for the second time in his career.

The four-year-old was bred by the Matamata farm with co-trainer and Karen Parsons, who also shares in the ownership.

He is the first foal of the former top-class mare Final Touch, a multiple Group One winner for Parsons, who trains with husband John.