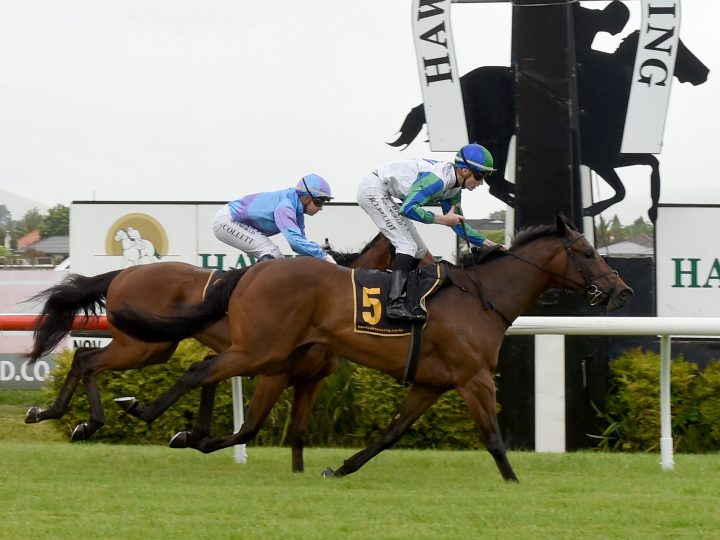 A rich pedigree was to the fore at Hastings this afternoon when Grand De Flora was successful on debut.

The Waikato Stud-bred and raced filly had trialled well in preparation and was, as a result, sent out favourite.

She duly delivered and came out of the trail under rider Ryan Elliot in the straight to round off strongly.

The three-year-old daughter of Savabeel is trained at Cambridge by Roger James and Robert Wellwood.

Grand De Flora is a half-sister to the multiple winner and black type performer Snowdrop.

Their dam is the former top-class race mare Daffodil, winner of three Group One titles for the Chittick family.